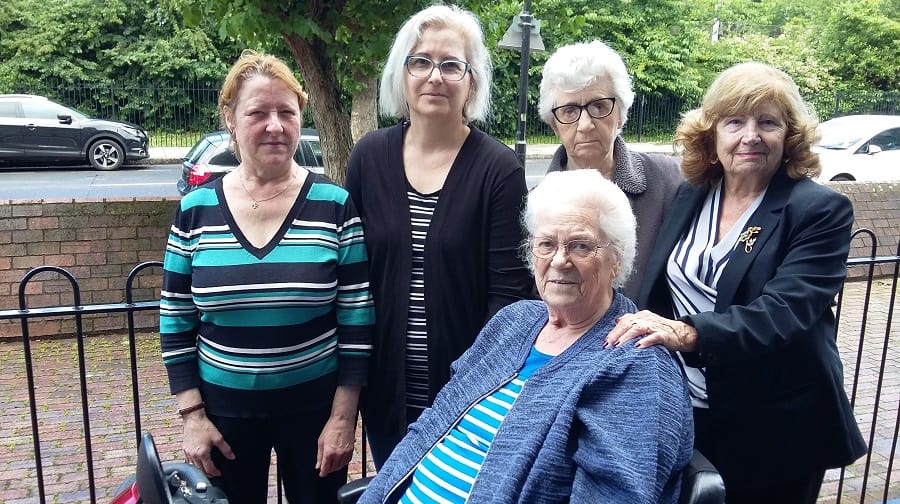 Dozens of residents were left “furious” after being given just six days’ warning that their parking bays would be taken over by work lorries for four years.

Residents in Hawkstone Road, Rotherhithe, received a letter from Tideway on June 3 notifying them that their parking bays would be used as a holding area for about 30 vehicles from June 9 until 2021.

Tideway is in the process of building a tunnel through the River Thames to control sewer overflow discharges and one of the main worksites is at nearby Chambers Wharf, in Bermondsey.

The organisation planned to use the parking bays on Hawkstone Road as a loading bay for the vehicles from the Bermondsey site from Monday to Saturday – and to move residents’ parking to the opposite side of the road.

But Tideway has come under fire from both residents and the council after failing to consult with the community.

Valerie Hodson, who has lived in Hawkstone Road for more than 50 years, said the first residents knew about it was a letter through their front door.

“We are really, really furious, the lots of us,” said the 60-year-old.

“There has been no consultation period and it’s such a major thing and it’s to go on for four years.

“We get huge congestion on the other side going towards Rotherhithe Tunnel so if somebody arrives home they won’t be able to get parked.

“There’s a disabled bay for one of our tenants who is taken to the hospital regularly by her son – she’s really worried because she doesn’t know how she will get out.”

Cllr Ian Wingfield, Southwark Council’s cabinet member for environment and the public realm, told the News that the council had discussed the issue with Tideway but it had “fallen on deaf ears”.

“We’re extremely frustrated on behalf of residents that despite Tideway Tunnel promising to consult the community on all issues relating to their works, they appear to be ploughing ahead regardless,” he said.

“The council has had numerous conversations with Tideway about this issue, but they appear to have fallen on deaf ears.

“It is for them to find a suitable location for the lorry holding area, in full consultation with residents.

“We are now writing to Tideway to express our deep concerns about their failure to involve local people in their plans, and have instructed officers that no requests relating to parking or any other matter will be considered by us, until we are confident the community has been consulted.”

A spokesperson for Tideway said: “Following feedback from the community, we are currently reviewing the proposed vehicle holding area in Hawkstone Road.

“We are working closely with Southwark Council to find a solution.”

The News put the council’s comments to Tideway but did not receive a reply before going to press.