'The feeling is very much that the the development...is going to be very dense and high-rise which is going to totally change the area' 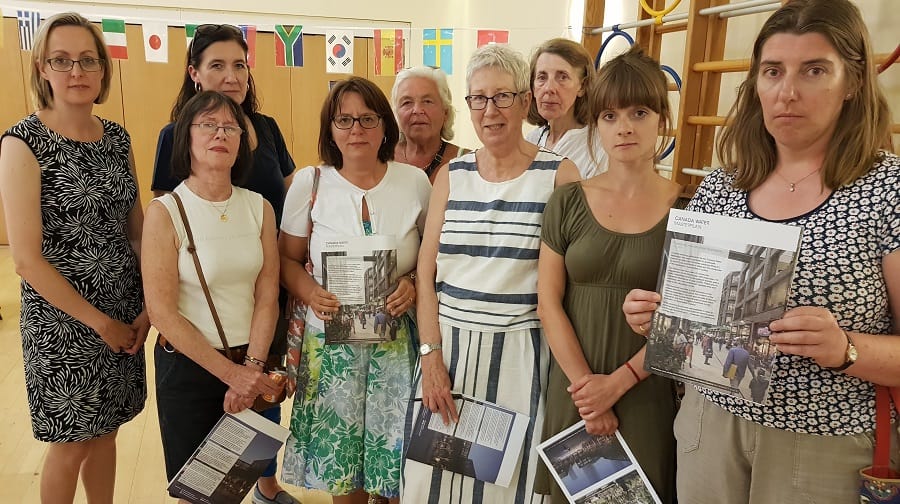 Residents have handed a 330-signature petition to the developer behind a 53-acre redevelopment of Canada Water voicing their concerns.

Members of the Canada Water West Residents’ Action Group presented the petition to British Land and Southwark Council at a community council meeting.

It sets out their concerns about the masterplan, which would deliver up to 3,000 homes, including the height of some towers, density, the impact on existing transport links and infrastructure, and a proposed leisure centre.

An outline planning application with detailed plans of the first three plots expected to be built was submitted to the council in May after four years of consultation, but residents say a clear and detailed plan should be provided for all parts of the site.

Speaking to the News, Catherine Whitaker, chair of the residents’ group, said: “The first thing to say is that we are not opposed to redevelopment or regeneration of the area – it makes total sense that what was developed as an out of town shopping centre with excellent transport connections should be developed.

“I think the feeling is very much that the way the development is being put forward is that it’s going to be very dense and high-rise which is going to totally change the area.

“It’s about building height and all of these commuters coming in on transport, and infrastructure. “There are a lot of issues around transport and how the system will be able to cope when Canada Water Tube station gets shut quite frequently already.

“I think one of the things about the masterplan is that it’s a 45-acre site but they are only bringing forward detailed plans for three plots so anything around what’s to come in the future is not in detail, only in outline.”

The petition signed by residents calls for new buildings to be limited to the height of Ontario Point – which they say is currently the tallest building in the area at about 87 metres.

They also say they were never consulted on the possibility of keeping the current Seven Islands leisure centre in Lower Road – only on the location of a new centre – and are concerned about what the site will be redeveloped into.

A spokesperson for British Land said in response: “Overall the project has been well received with high levels of support at the consultation events we have held.

“The masterplan will create a new town centre for the area, with new workspace, retail, leisure, and public spaces alongside new homes, education and health provision set in a network of streets and spaces linking into the surrounding community and green spaces.

“The first detailed building will provide 35 per cent affordable homes, 70 per cent of which will be social rent at Southwark rent levels. “We appreciate that some local concerns have been raised during the course of our discussions, and we have responded by repositioning and reducing the heights of some of the taller buildings, re-siting the leisure centre and agreeing not to develop on some of the green spaces at the boundary of the site.

“We have also designed the majority of the town centre to be no more than six storeys and introduced a social regeneration charter to maximise the employment and social outcomes for the wider community.

“Overall we’re confident that the masterplan will deliver a vibrant new town centre for the whole community to benefit from and enjoy, and we will continue to involve and work with the community and Southwark Council throughout the masterplan process.

“We will continue to discuss the masterplan with the community and various interest groups in the coming months.”

To view the petition, visit: www.canadawaterwest.org

To view and comment on the plans visit: https://planning.southwark.gov.uk/online-applications and search for reference number 18/AP/1604