Residents kept awake as ‘super sewer works go on until 2am’

Southwark Council confirmed it was investigating the incident 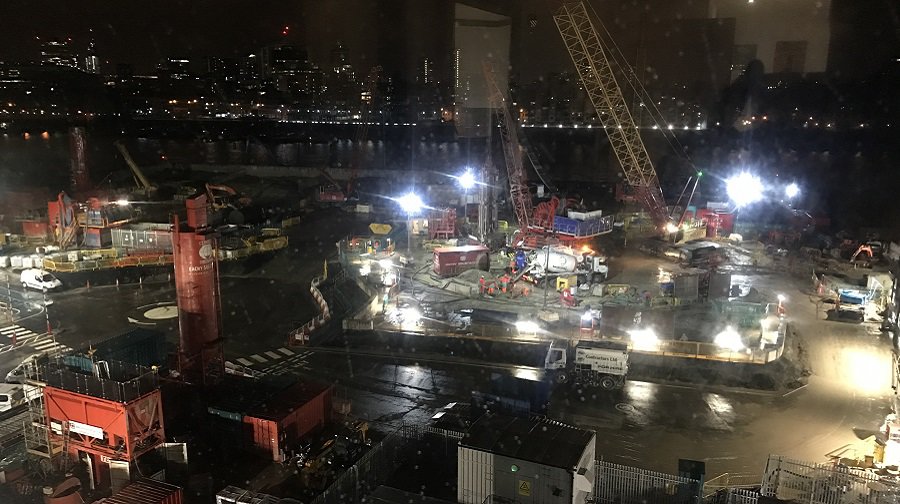 Bermondsey residents were kept awake by work on London’s ‘super sewer’ until 2am one night.

Tideway is currently in the process of building a tunnel through the River Thames to control sewer overflow discharges, and one of the main worksites is at Chambers Wharf.

Residents living near the site have complained of noise disturbance and dust since the £4.2 billion project began – and reported an “extreme case” of this in the early hours of November 8.

Councillor Hamish McCallum, who lives near the site, said at least ten residents got in touch with him after work on the site continued until almost 2am.

He branded Tideway’s lack of communication with residents regarding the incident as “diabolical” and said more should have been done to warn the community.

“I think it’s fair to say that the frustration is quite longstanding and the impact has been going on for two years now,” said the Liberal Democrat Riverside ward councillor.

“What happened last week was quite an extreme example of that and brought home to the people in the area how inconsiderate Tideway are being.

“Maybe it was a one off – but if it’s an indication of things to come, or if it’s extending the limit of what the residents are expected to put up with, then that’s a different thing.”

Cllr McCallum said residents were affected by the noise of machinery, light pollution, and the sound of workers “shouting” to each other while working at the site.

He also said work regularly continued on the site until 10pm on weekdays.

“My view is that it shouldn’t happen – but if it is going to, or something like that happens again, there needs to be better communication,” he added.

In response, a spokesperson for Tideway said they experienced a number of quality issues with concrete being delivered to the site on November 7, as well as vehicles caught up in traffic, and therefore the process of pouring the concrete was delayed.

“On November 7 work at our Chambers Wharf site overran into the early hours of Wednesday morning,” said a spokesperson.

“This went beyond the time agreed with Southwark Council, which is 10pm for this type of works, and we alerted the council when we knew that work would go beyond 10pm.

“We are working with our contractors to ensure the risk of this happening again is minimised. We would like to apologise to residents of Chambers Wharf who were disturbed by the work.”

Cllr Barrie Hargrove, Southwark’s cabinet member for communities, safety and leisure, confirmed the council was investigating the incident and apologised to residents who should have been alerted by Tideway.

“It is unacceptable that our residents are having their nights disturbed by these works, which are intrusive enough during the day,” he said.

“The council did not give any special permissions for work to continue so late and our officers are investigating what happened.

“Tideway should also look at how they communicate with local residents to make sure they are fully informed about when works will be going on and what impact this might have.

“Noise, particularly late at night, causes significant upset and the lack of information adds to annoyance and lack of consideration.

“I can assure residents that the council is actively investigating the breach and whether an offence has been committed.”