Residents are ‘like lambs to the slaughter’ amid Bermondsey housing development 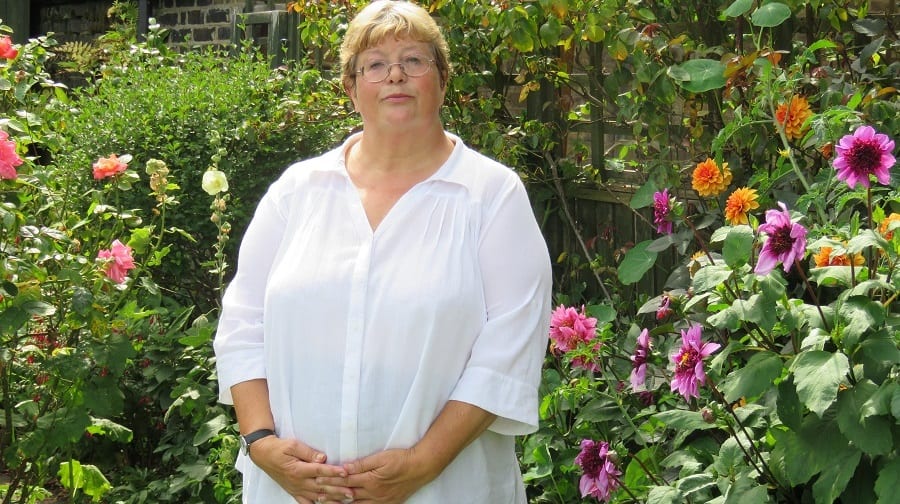 A great-grandmother with concerns over a housing development’s impact has said residents are “like lambs to the slaughter”.

Jean McCorry, 70, fears plans to build a two-bedroom “chalet-type” house next door to her Bermondsey home will affect residents’ light and privacy.

Satish Jassal Architects has drawn up plans to demolish an existing garage on land at the rear of 112 Fort Road – a terraced home sold at auction by the council – and to build a split-level house in its place.

If built, the house would overlook the rear gardens of terraced houses in Fort Road and would be bordered by a set of four-storey blocks of flats in Balaclava Road.

It would have a bedroom, bathroom, and store on the lower ground-floor level, an entrance, kitchen, cycle store, refuse store, and terrace on the ground floor, and a second bedroom and bathroom on the upper ground floor.

The first floor would contain a living/dining area and a terrace.

A computer visual of how the house could look

In plans submitted to the council, Satish Jassal Architects stated that “the curtain wall glazing on the north, east and west facades, which face onto neighbouring properties, will be obscured glass”.

“This will allow sufficient light due to the size of the windows and at the same time will prevent overlooking,” the plans state. “The proposed bedroom windows all face onto Balaclava Road but are set back.”

In pre-planning application advice, Simon Bevan, director of planning at the council, told the architect firm that “whilst the proposal would clearly be of its time, the subordinate scale of the new dwelling and the high-quality materials are expected to preserve the character of the conservation area”.

However Ms McCorry believes that the development, which would sit on the edge of the Thorburn Square Conservation Area, would not be in keeping with the area and would impact on residents.

“My concerns are that the estate properties and the rest of those gardens lose their light and their privacy,” the former council housing manager told the News.

“And I can’t believe somebody would buy a house with three sides of it in opaque glass so privacy will be affected.

The site where the house could be built

“I think this developer is going to build this chalet-type house which is totally unsuitable to the area, doesn’t blend in whatsoever, and doesn’t bring anything the people of this area.

“We [residents in the area] are all going to have to sacrifice for this to go through; we are like lambs to the slaughter, we have no option here.”

In response, a spokesman for Satish Jassal Architects said: “The current design has evolved through our positive conversations with the Southwark planning department.

“Specialist consultants have carried out extensive daylight and sunlight testing to assess the impact of the proposed new home on the surrounding neighbours and have confirmed that the levels of light received are within the Building Research Establishment (BRE) guidelines.”