The intruders have defecated, urinated and vomited in the stairwells 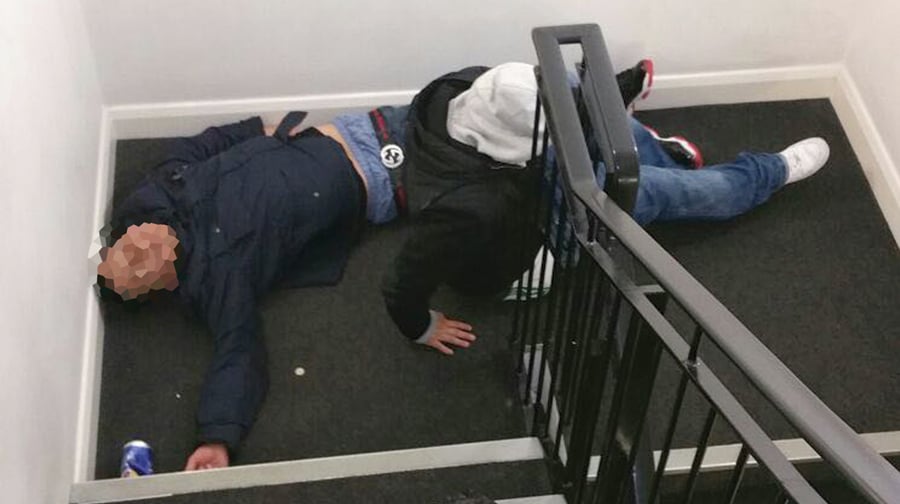 Rough sleepers have been having sex, drinking, doing drugs and smoking in the hallways of an Elephant and Castle estate, causing residents to fear for their children’s lives, writes Alex Yeates…

Trespassers still get in, however, as the security gate behind the block is broken, allowing them access through the backdoor.

Ruth Reyes, a mother of two, said: “We do not feel safe. We have kids and are worried about a fire happening from the rough sleepers smoking in here. And where would we go? The front door is blocked and I don’t know if the back one will open.

“I have to carry all my things to work in the morning, like my laptop and my phone, and I’m worried about who might attack me on my way out.”

The intruders have defecated, urinated and vomited in the stairwells and threaten anyone telling them to leave, residents say. Adan Tabed, 36, father of one, said: “Even the security room where the cameras are was broken into. The rough sleepers leave cigarettes, alcohol and used drugs out as well as condoms.  They (L&Q) put heavy locks where the camera room is but we are not protected as tenants. We have been neglected.

“For the amount they spend on fixing the doors they could have got a security guard. One of us left a pram in the open and they urinated on it.

“We are in a busy area and we need to have security. We have kids here.”

The residents have accused L&Q of ignoring their calls for help and for not caring about their safety.

An L&Q spokesperson said: “L&Q is working closely with local partners, residents and the police to address ongoing issues including antisocial behaviour and trespassing at our Arch Street development.

“We are in the process of increasing security across the site including fencing and new robust security doors as well as a number of other measures.

“We are very grateful for residents’ continued patience and cooperation while we work with them to find a permanent solution to these issues.”