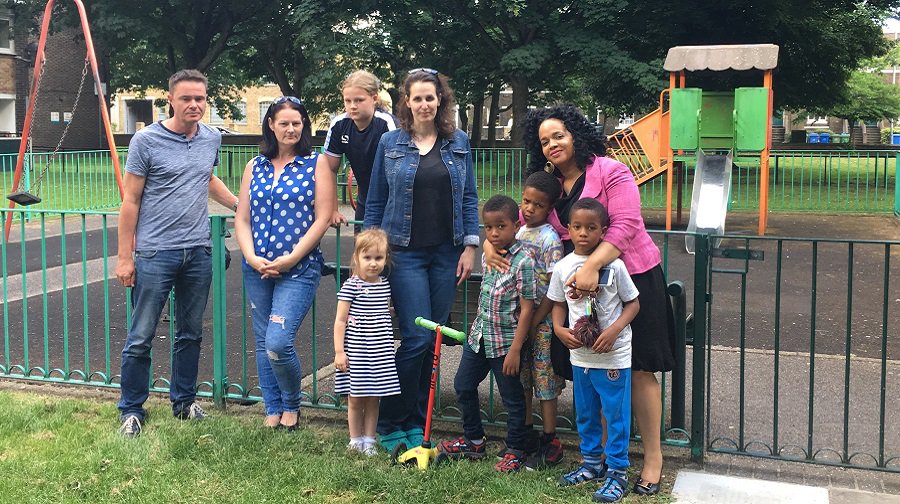 Residents living on an estate with the “saddest play area in Bermondsey” have been reassured that it will be revamped – and that funding was delayed by a “miscommunication”.

Parents and children living on St Saviour’s Estate, just off Abbey Street, were left disappointed after an application for council funding to refurbish their play area appeared to be unsuccessful.

Damian O’Brien, Lib Dem councillor for Grange ward, said he had asked the council for about £55,000 worth of funding to revamp the play area, which currently has four pieces of play equipment.

St Saviour’s resident Tali Michaels, who submitted an application for the funding towards the end of last year, said she was recently told by the council that the project would no longer be going ahead.

“It’s the saddest play area in Bermondsey,” said the 42-year-old, who has a four-year-old daughter.

“It’s really rundown and it’s a busy playground and it’s crying out for a refurb.”

Ms Michaels said she would like to see the play area “completely revamped” and for the whole of the ground to be a soft surface.

The ‘saddest play area in Bermondsey’ at St Saviour’s estate

Joanne Walker, who lives on the nearby Purbrook Estate, said she visits the play area with her children every weekend.

“They [the children] say the playground’s boring, especially when they are older and it’s for young kids,” the 44-year-old said.

“There needs to be something for the younger children, as well as for the older children.”

Temera Turay, who has an eight-year-old son and five-year-old twins, said she took her children to the play area most days after school.

“I would like to see more activities for different ages,” said the 35-year-old, who also lives on the Purbrook estate.

“They [the children] like the playground at Neckinger because it’s bigger and has plenty of activities.”

Cllr Mark Williams, Southwark Council’s cabinet member for regeneration and new homes, said that no funding had been pulled and that the project would go ahead.

“We can assure the residents of the St Saviour’s Estate that the section 106 funding has been identified for the project to revamp the playground and we have already reassured everyone involved that no funding has been pulled.

“We think there was a slight miscommunication and we apologise again for any confusion.

“Securing investment for projects like this is absolutely key to making sure local people benefit from new developments in their area.”