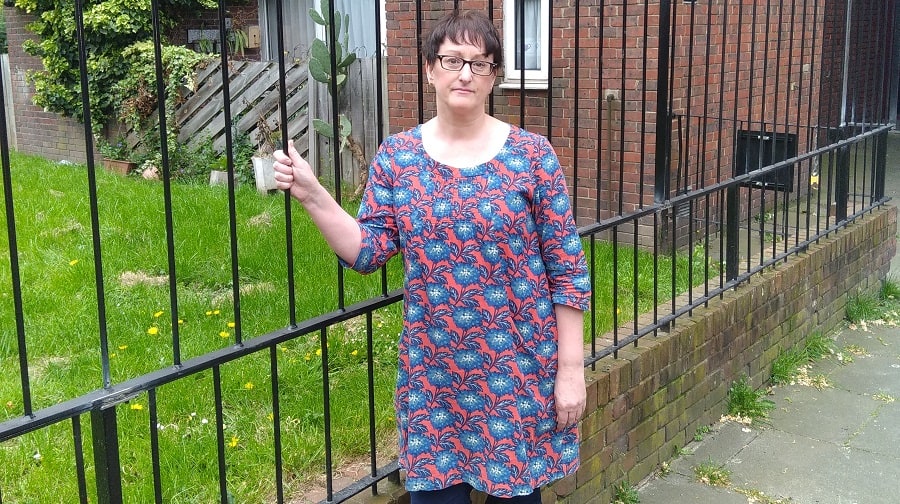 Residents in Borough say their estate feels like a “prison” after the council built fences around some of their greenspace to tackle dog fouling.

The council’s solution to dog mess persistently left on two green areas at Dodson and Amigo estate was to erect “aggressive-looking ten-foot fences, making the estate feel like a prison”, according to resident Alison Blackstone.

Southwark Council has said it originally erected three foot high fences but dog owners just climbed over and continued to let their pets foul on the grass.

Alison, 57, who is secretary of the estate’s tenants’ and residents’ association, said she was concerned about the council not holding any consultation on the decision and that the problem would just be moved to other green areas instead.

“This sledgehammer ‘solution’ has all arisen due to problems with dog fouling on the estate,” she said.

“It’s not a solution; for us the solution is to try and encourage people to take more responsibility and Southwark’s solution is just to fence in an attractive green area. “We’ve been planting in certain areas just to make them look more attractive and speaking to people on the estate who’ve got dogs and asking if they can use different areas where people don’t live on the ground floor.

“By fencing off these two areas, it just moves the problem to elsewhere on the estate and people can still get into the area through a gate.”

Alison said the first fence was put up around a grassy area last Tuesday, and another on Monday but residents weren’t consulted.

“They say because there’s no charge to the estate they don’t have to speak to us or ask us what we want, so I’m really concerned about that,” she said.

“We on the estate believe we have no voice with Southwark Council and that any good will between the TRA and them has irretrievably broken down.”

Michael Scorer, Southwark Council’s director of housing, said: “We have been working with the TRA for some time to try to prevent dog fouling on this open space. “We sent wardens to patrol the area and we’re looking at other ways we could discourage dog fouling and encourage dog owners to clear up the mess.

“At the request of the TRA, we put up a three-foot fence to deter irresponsible dog owners from allowing their pets on the grass, but unfortunately some dog owners climbed over with their pets and continued to allow them to foul the area.

“Following further discussions with the TRA about the ongoing problem we agreed to erect a higher fence.

“Although the council ordered a new higher fence to be installed, the contractor mistakenly added extra height to the existing fence instead.

“We have told our contractor to rectify this as soon as possible and we are sorry for the upset this has caused. The new fence will be under six feet high.

“We strongly encourage the irresponsible minority of dog owners who currently allow their dogs to foul this, or any, area to pick up their dog’s waste and dispose of it properly and to keep our borough clean to be enjoyed by their neighbours.”