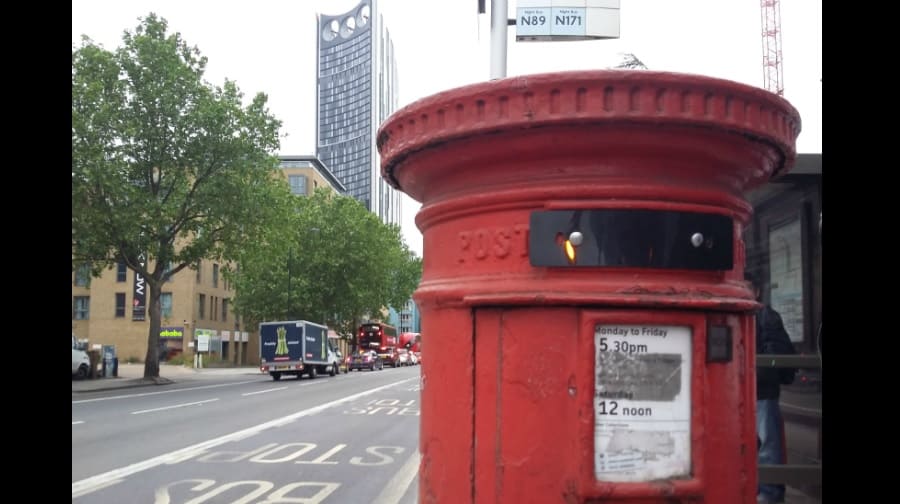 Amid the worry of losing both their Crown Post Office and sorting office, Walworth residents have been frustrated by the unexplained loss of two post boxes.

The two post boxes in Walworth Road, one located outside Marks and Spencer, the other outside the old Town Hall, were both sealed shut unexpectedly in April.

The News has since been told by a Royal Mail spokesman that they were closed because the hinges on the doors have “corroded” and need to be repaired and replaced “as soon as possible”.

Chair of the Walworth Society, Jeremy Leach, wrote to the News a fortnight ago to proclaim the loss of any “decent post service” in SE17.

Jeremy said: “It would not be so bad if there was ever anyone you could approach at the Royal Mail or the Post Office to ask about getting them reopened, but any dialogue with either is completely impossible.

“A friend of mine, who is disabled and old,  still uses letters. It’s really a significant problem for someone like that, and the nearest other sorting office is over at the Bricklayers Arms.”

Faraday ward councillor Lorraine Lauder said: “A lot of older people here who aren’t online and take pride in writing letters. What will they do, go back to carrier pigeons?

“I tried to complain to the Post Office, and they told me to write them a letter. My nearest post box now is in Mandela Way in SE1, which is a long walk, and if Crampton Street does close it’s where everyone here will have to go.”

Newington ward councillor Eleanor Kerslake said that Freedom of Information requests she submitted to the Post Office to establish the financial viability and footfall of the Walworth Post Office have been rejected.

“I was met with a stone wall,” Cllr Kerslake said. “With a Post Office also scheduled for closure in Peckham, this is all very unsettling.”

A spokeswoman for the Post Office has told the News that there is still no update on the company’s efforts to find a “franchise partner” for Walworth’s Crown Post Office. Without another business to share a premises with, the Post Office will have to close in the area altogether.

A spokesman for the Royal Mail said: “We apologise to customers for the temporary inconvenience and will re-open the boxes as soon as we can. There are three other boxes in the immediate vicinity: at Walworth Road, Cadiz Road, Manor Place, Crampton Street and Walworth Post Office.”

The Royal Mail spokesman confirmed that the company is exploring an option to relocate its Crampton Street operations to 4 Mandela Way, SE1.