Residents urged to “cool your coals” after Bermondsey shed blaze

The shed was completely destroyed by hot embers following a BBQ. 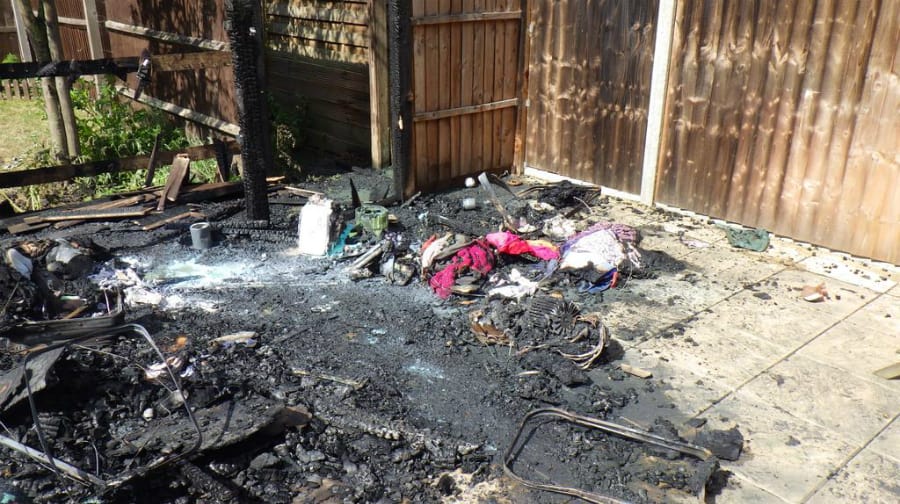 The London Fire Brigade has urged residents to “cool your coals” after a barbeque clean-up led to a garden shed blaze in Bermondsey last week.

They believe that coals used in the BBQ on July 21 were bagged up and put back in the shed while still hot. When the ashen-faced owner woke up at around 9am the following morning he saw his shed alight and called the fire brigade.

Fire crews from Dockhead, Old Kent Road, Deptford and New Cross fire stations brought the fire under control in under an hour.

A LFB spokesperson said: “Fires involving barbecues don’t only come during cooking but long after you’ve polished off the bangers and burgers. It’s important that you cool your coals and ash before you dispose of them. Also make sure the barbecue is cool before you try to move it.”

A flat on The Gardens in East Dulwich was also damaged by fire on Saturday afternoon.

Around half of the flat in the converted four-storey building and part of the roof was damaged by the blaze. The cause of the fire is under investigation, and no one was injured.