The now derelict pub suffered a kitchen fire in 2014, and has been left ever since 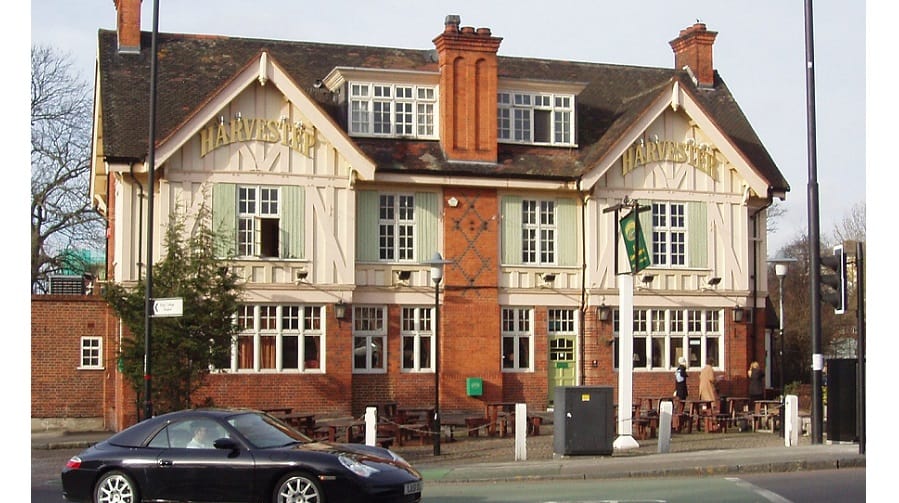 The Grove Tavern, previously a Harvester restaurant, as shown in this photo 2008 photo taken by Ewan Munro (Wiki Commons)

Dulwich residents have voiced concern about the historic Grove Tavern pub which has been left derelict for four years.

“People are concerned about the condition of the pub,” said Ian McInnes, chair of the Dulwich Society, who organised a public meeting on November 4.

“The majority view is that people want it put back to what it was, a nice pub with a garden. But we’re in a position where we have an empty building that’s not being looked after.”

The pub’s closure follows a kitchen fire in 2014. The building is owned by the Dulwich Estate, and pub chain Stonegate pubs have a lease which has eight years left.

Meanwhile Southwark Council has earmarked the site for a future housing development in the latest draft of its New Southwark Plan.

The building in its current form has stood since the 1920s, but Ian says the site has been occupied by other pub buildings since the eighteenth century. It was also a Harvester restaurant before it was acquired by Stonegate.

The pub sits within the Dulwich Wood conservation area, and within the setting of the Grade II-listed St Peter’s Parish Church and Hall.

A spokeswoman for Stonegate said: “The lease end is 2025 and we are currently reviewing development options for the property in conjunction with the Dulwich Estate who are the freeholders.”

A Dulwich Estate spokeswoman said: “No other pub operator [besides Stonegate] is interested in the premises. Therefore, The Dulwich Estate hopes that the whole site can be redeveloped for mixed use with a commercial element to provide employment and high quality housing, including affordable homes.

“This would support the Council’s vision for jobs and homes under the New Southwark Plan. As with any development, proposals will have to satisfy local authority requirements, but also be sustainable.”