They challenged the council at a tribunal, where the bills were successfully reduced to £8,000 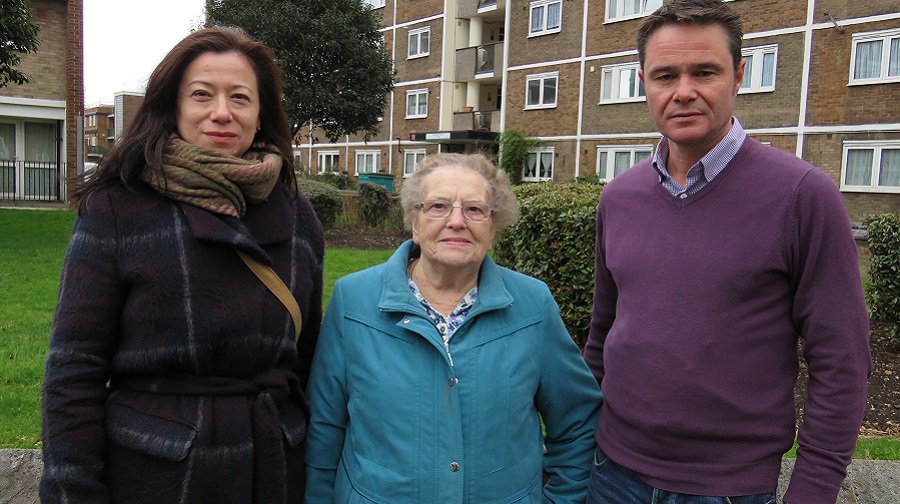 Residents living on a Bermondsey estate are celebrating after scoring a second win against the council over huge bills for works.

One hundred and thirty four leaseholders on the St Saviour’s Estate, near Abbey Street, were shocked after bills for major works averaging £17,000 dropped onto their doormats four years ago.

The council had replaced all the front doors on the estate and carried out other works such as communal decorations and fire protection.

A band of 88 leaseholders joined forces to challenge the council at a tribunal, where the bills were successfully reduced to £8,000.

The council appealed to a higher tribunal but has now lost again.

Jean Langridge, 85, who has lived on the estate for 34 years, was handed a £19,000 estimated bill for works, while resident Samantha Mitchell was given an estimate of £17,000.

Speaking to the News, Samantha said: “When I tried to talk to them [the council] right from the beginning they told us to go to the court. There was no trying to engage with us in a dialogue.

“All we wanted was a fair, transparent process and for it to be done properly.”

Welcoming the Upper Tribunal’s decision, Olayinka Mosadomi, representative for St Owen’s House, said: “We tried, on many occasions, to talk to Southwark, yet, despite their mantra of ‘securing fair value’, nothing about the way Southwark was conducting itself or treating residents was remotely fair.

“There wasn’t any proper assessment of what was really needed or a genuine desire to consult with leaseholders.

“We knew these charges were unfair and unnecessary yet the council was blasé in its decision-making and wasted public money to take us to court. This ruling is now an important lesson for this council and also many up and down the country.”

Southwark Liberal Democrat councillors have asked the council how much it has spent on fighting the St Saviour’s leaseholders in court, whether it will now be meeting the leaseholders’ costs, and when leaseholders on the estate can expect revised major works bills or to be refunded.

They have also asked about the wider implications for leaseholder bills in future major works projects.

“This is just the latest setback for the council in the courts after the ongoing saga with the Aylesbury leaseholders who Southwark want to kick out of their homes.

“Liberal Democrat councillors are fighting residents’ corner and will push the Labour council to get a fair deal for leaseholders on the St Saviour’s estate and all future major works schemes across the borough.”

“On the St Saviour’s Estate the works also included fire protection, door and window renewal, among other repairs, that leaseholders are charged for as part of their lease.

“The leaseholders applied to the First Tier Tribunal, which agreed with the council that most of the work was necessary but reduced the amounts for all door renewals only.

“Leaseholders are billed on an estimated basis and then adjusted when the actual costs are known.

“Less work was deemed to be required on the estate which resulted in a lower actual costs, which in turn will be reflected in the actual adjustments to the service charge accounts.

“We appreciate that bringing our homes up to the Government standard for decent homes can be expensive and the council offers a wide range of payment plans for leaseholders.

“Ultimately, if leaseholders do not pay the bills that they are responsible for, council tenants would have to make up the shortfall through their rent.”