TRA group argues it will mean their voices are ‘stifled’ and questions chair’s salary of ‘£12,600 for two months’ work’ 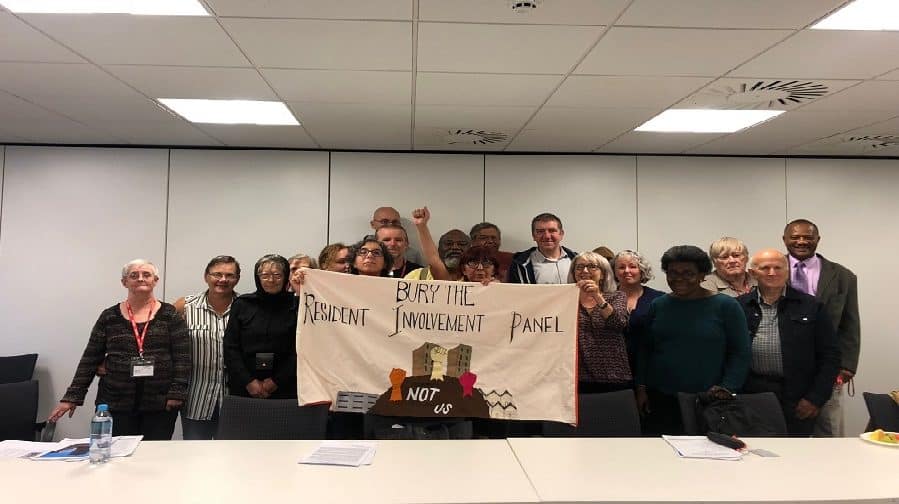 Angry estate residents across Southwark are boycotting a council review into its communication with people living on estates and in its council homes, as it is revealed the review’s chair will rake in £12,600 for just two months’ work.

Southwark Council is consulting on how it should communicate with tenants and residents across the borough in its biggest communication shake up since the 1980s.

A ‘Resident Involvement Co-Design Review Panel’ is looking at how housing forums, the tenant’s council, homeowner’s council, TRA Halls and tenants and homeowners funds are managed – with online communication expected to be a big focus.

Recommendations made by the panel will also go to a sounding panel of 80 tenants and leaseholders and then for wider consultation to groups across the borough. Final recommendations will be published in January 2019.

But the entire process has been boycotted by the umbrella group for TRAs in the borough, the Southwark Group of Tenants and Residents Organisations (STGO), which says in a strongly worded open letter that the entire process and risks sidelining residents’ voices and has been a disaster in other boroughs.

The group claims: “Southwark Council have failed to engage and consult key members in the sector. Decisions have been made behind closed doors.

“Paid councillors have failed their tenants and fail to attend meetings or engage.

“Other boroughs that have undergone a similar review have suffered exactly the same pattern of events and resulted in halls being closed and tenants’ voices being stifled.

“We fear that if this review continues Southwark’s tenants and residents will face the same fate as other boroughs with community halls being closed and voices restricted.

“People will be advised that the only way to communicate with the Council is online and through social media.”

The group has demanded that the council commits to involving the public in a ‘proper decision-making process, that TRAs are given the tools to carry out their own reviews and TRA halls are protected.

Their criticism has now turned into a political spat between Labour and Lib Dem councillors, with opposition leader Anood Al-Samerai describing the review as a ‘Southwark Council’s latest gravy train scandal’, highlighting that the panel chair will take home £12,600 plus hotel and travel expenses for two months’ work.

According to the Lib Dems, residents are outnumbered on the panel as five of the fourteen members have been chosen by the council, and another four are council workers.

Cllr Anood Al-Samerai said: “Here is yet another classic Labour gravy-train stitch-up we’ve all come to know and despise in Southwark.

“This panel is supposed to be the independent grass-roots voice of local residents, mandated with challenging powerful interests, be it arrogant council diktats or over-bearing developers.

“Yet here we have the Labour council corrupting it and packing it with people of their own choosing or in the council’s pay, all to stop scrutiny, stifle criticism and crush dissent.

“Handing out almost £500 a day to chair this fake engagement exercise is the final bitter cherry on top.

“Local residents are entirely right to be angry and they have our full support in protesting this farce.”

A public meeting calling on TRAs across Southwark to ‘bury’ the review is going ahead with London Assembly Member Sian Berry on Wednesday, October 17, at Inspire, St Peter’s Church in Walworth, at 6.30pm.

Cllr Stephanie Cryan, Cabinet Member for Housing Management and Modernisation, said: “Lib Dem councillors played an active part in the decision to create the Resident Involvement Panel last year through the Housing Scrutiny Committee, so it’s disappointing to see that they’ve done a u-turn and now oppose improving the way we communicate with residents.

“The Resident Involvement Panel doesn’t replace any organisations or groups, but as lots of structures for engagement we have in place have not changed since the 1980s, with new technology and social media we want to find new ways to listen, consult and communicate with residents.

“We’re listening to our residents, but it seems like Cllr Al-Samerai doesn’t even want to listen to her own councillors – who agreed with setting up the Resident Involvement Panel.”