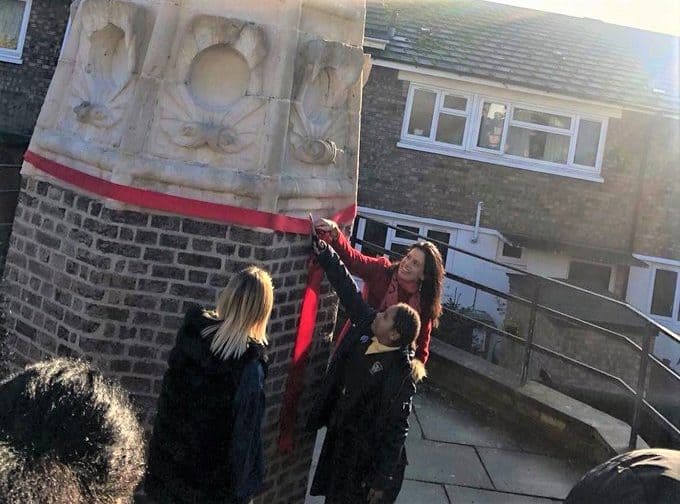 The fully restored Christopher Wren church spire in the middle of a Sydenham cul-de-sac has been unveiled.

As the News reported last month, the spire which once sat atop a City church was designed by Wren after the great fire of London.

It eventually made its way into the garden of a wealthy printer from Bermondsey, after the church fell into disrepair.

The garden is now a street of 20th century housing, which was built around the exact spot where the spire still stands.

The landmark was restored with funding from the Heritage for London Trust after wear-and-tear damage built up over the years. It has also had its weather vane re-guilded.

Year five pupils from Holy Trinity Primary School joined the charity at a ribbon cutting along with the conservation team, including London Stone Conservation, L&Q, and local history and community groups.

Freya Joseph-Howe, aged 10, who cut the ribbon, said: “I loved cutting the ribbon because I’ve never done it before. I’m going to bring all of our family up to see it.”