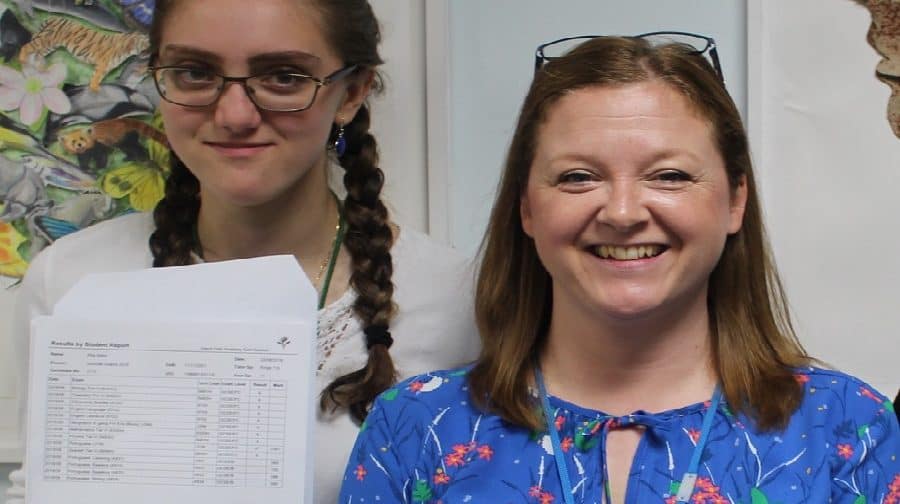 Harris Academy East Dulwich is celebrating a ‘fantastic set of results’ after 73 per cent of students achieved at least five GCSEs including English and Maths.

A third of students achieved grades 7-9 in English and 60% did so in biology, chemistry and physics.

More than 70 per cent gained 7-9 grades in psychology or business.

High achiever Etta Selim was award 9s in biology, chemistry 9, citizenship studies, English language, English literature and geography and Spanish, and an A* in Portuguese and an A* in Latin.

She gained 8s in maths and physics.

Principal Carrie Senior says: “I’d like to congratulate each of our Year eleven students on their fantastic results.

“It is such a privilege to lead a school with such outstanding and committed staff and such hard working and determined students.

“Our students have been working with real commitment to prepare for these very important exams and it is great to see that work has paid off.