Review of 2016: Southwark’s gone but not forgotten heroes

Tributes poured in for these local, much-loved figureheads 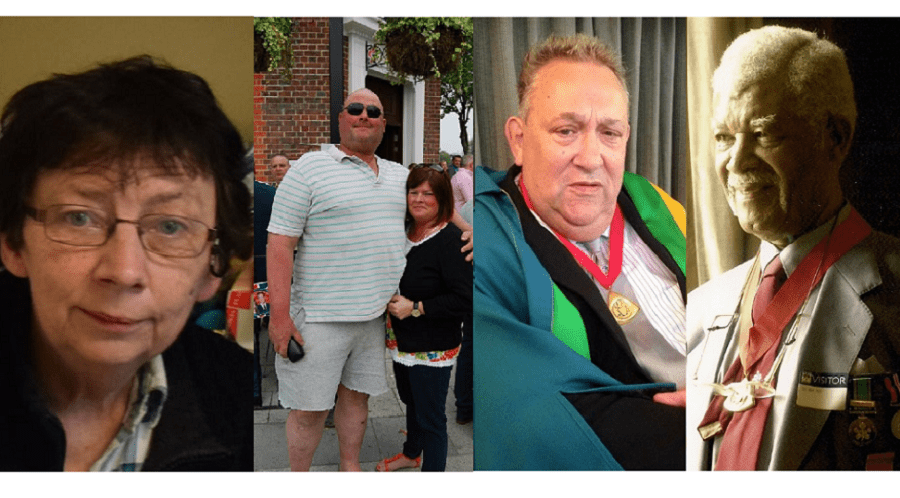 Mr King was a man of many firsts – the UK’s first Jamaican mayor, co-founder of the first black publication, The West Indian Gazette and organiser of the first incarnation of Notting Hill Carnival – The Caribbean Carnival, at St Pancras Town Hall.

News broke of the sudden passing of the former Borough Archivist Stephen Humphrey in November.

Born near Elephant and Castle in 1952,he  was well known for his extraordinary knowledge of local history, and worked for Southwark Council from January 1978 to June 2010, being awarded the Freedom of the Borough in May 2012.

He wrote eight books on the area, including Elephant and Castle: A History, and Bermondsey and Rotherhithe Remembered.

Close friends finally put a much-loved Bermondsey “gentle giant” to rest, two months after his death sparked a campaign to raise money for his funeral.

Meurig Gomer Wyn-Roberts, 53, known as Gomer, was cremated at Honor Oak on July 4 after a service was organised and attended by more than 30 of his friends.

The send-off came following months of uncertainty about what would happen to his body, after he was found dead above the Greyhound pub, Peckham in May, because no one could find his next of kin. Regularly dressing up as Santa for the kids in the Blue Market Square, Gomer did his little bit to be part of a community spirit many claim is disappearing.

June: A young Bermondsey dad who spent his final months fundraising so he could make lasting memories with his little daughter lost his battle with cancer.

Jack Wells, who died aged 23, was diagnosed with Ewing’s sarcoma, a rare blood disease at the beginning of 2015.

Family and friends commemorated Jack for his positivity and tenacity. He was put to rest at Honor Oak Crematorium.

The “fantastic educationalist” who touched the lives of thousands of youngsters as a teacher at Surrey Docks Farm passed away.

Daphne Ferrigan, who led community education at the farm between 1983-2003, died of an aortic dissection aged 64.

A familiar face in Peckham Rye Park was lost, when daily dog walker Gary Clark passed away of cancer.

Tributes were paid to the Nunhead resident, who was well-known among local dog walkers and thought of as a friendly face. Greatly comforted in his final days by having a framed picture of his beloved English Bull Terrier Benson at his bedside.  He died aged 53.

Family and old friends paid loving tributes to Tony Ritchie, the former leader of the  council, who was also mayor of the borough from 1989 to 1990.

Southwark NewsNewsReview of 2016: Southwark’s gone but not forgotten heroes