Review of 2016: The weirdest stories of the year

From exploding toilets to bizarre and pointless criminal acts, here are weirdest stories we brought you last year 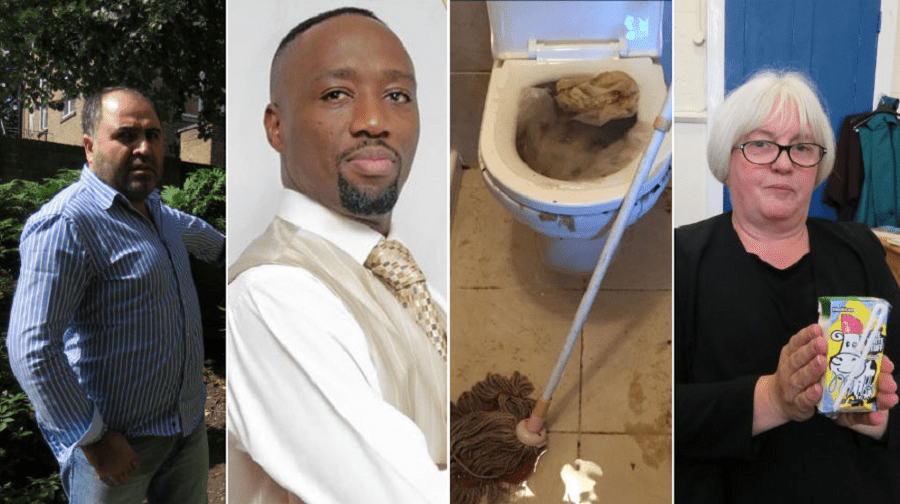 Police made a meal out of a suspicious package in Borough High Street in August when they blew up what was thought afterwards to be a pesto sandwich.

Officers were called to the scene following reports of a brown package at a bus stop and a controlled explosion was carried out.

However, after the detonation, a member of the public posted pictures on Twitter of bread and pesto splattered across the scene.

In September, a Bermondsey shop owner was left with a hole in his stock after thieves hammered their way through the back wall to loot his shop.

Owner of House of Fashion, Zamray Khan, was left with large amounts of merchandise missing, including mobile phones and accessories. An attempt to steal a vacuum cleaner was bungled when it couldn’t fit through the wall.

House of Fashion – the hole made by the thieves

Divine justice for Bishop Climate and the Kingdom Church

The leader of a Camberwell Church, who was fined £7, 740 by the council for noisy sermons, claimed that news of his fine had spread across the world and that he expected “divine justice”.

Bishop Climate, who oversees hundreds of churches across the globe, stated that sympathisers had approached him on the street during a recent trip to Africa and that the “wrath of God” was imminent for his critics.

The Inner London Crown Court upheld the church’s appeal against the fine a few weeks later.

Bishop Climate, who runs 400 churches across the world including The Kingdom Church in Camberwell Station Road

Two men did the milkround at Riverside Primary School in October, stealing 800 cartons of just-delivered milk from outside the school gates then making their getaway on pushbikes.

The theft left 320 children without any milk for the week. “If you need milk come and ask us!” implored Headteacher Jose Lewis (pictured) as she pleaded for the snatching to stop.

Four residents of Regina Point, Rotherhithe kicked up a stink in July when faeces, urine and toilet roll poured into their flats late at night, only to be told by Southwark Council to “put a bucket under it”

Resident Candice Copley told the News how she got rid of fourteen buckets of waste in just one hour.

The leak, caused by a soft drink bottle clogging up a pipe, was stopped when builders Keepmoat were contacted for assistance.

Southwark NewsNewsReview of 2016: The weirdest stories of the year