The pandemic made housing issues even more apparent 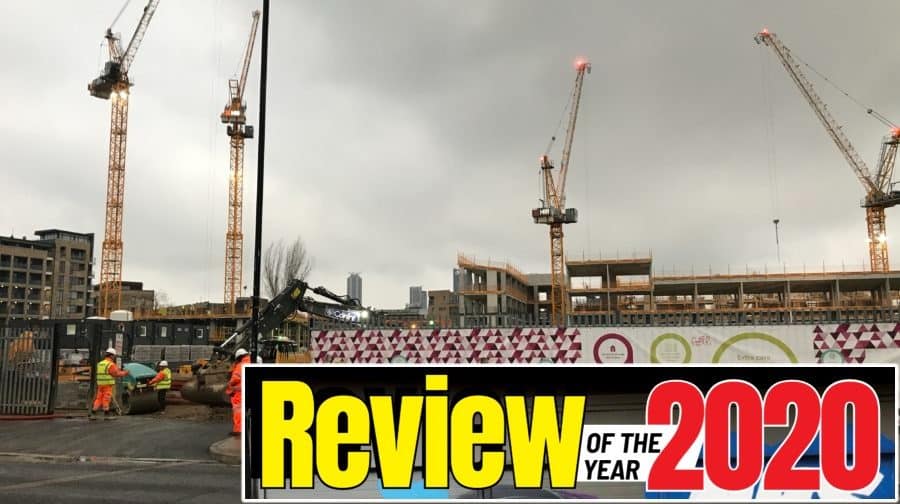 The 'package A site of the Aylesbury development, on Albany Road, pictured in January 2020.

The News won plaudits at the beginning of the year for an investigation into the council’s outsourced medical assessments; deciding factors in housing support.

NowMedical, whose doctors never meet housing applicants and cannot access their full medical records, had been used in nearly 10,000 cases to help the local authority assess if a person was ‘vulnerable’ enough to be classed as in ‘priority need’ for council housing – costing taxpayers in excess of £250,000 since 2015.

Cllr Kieron Williams admitted the situation wasn’t ‘ideal’ and alternatives were being looked into, after the data was collected by the Bureau of Investigative Journalism.

“As a group, we have come across a number of decisions by Southwark council using NowMedical to deny homeless duties to incredibly vulnerable people struggling with homelessness as well as disabilities and serious medical issues,” one housing activist from Housing Action Southwark and Lambeth, Elizabeth Wyatt, said.

During the first wave of COVID-19, coordination among local authorities across London with City Hall provided hitherto unprecedented support for rough sleepers.

In August we reported that, according to outreach workers, just six people were believed to be still sleeping rough in the borough after nearly 6,000 homeless people across the city were put up in hotels and other emergency accommodation.

Southwark Council had housed around nine per cent of all rough sleepers in London, some 539. As of that month, 420 of them had been moved into longer term accommodation.

Despite these huge efforts, the worsening financial climate has led to a sharp rise in those struggling to pay for essentials.

In April, we reported that there was a tenfold increase in Universal Credit applications by Southwark council home tenants that month.

In October, before the second lockdown loomed, 5,000 were newly out of work in the Bermondsey and Old Southwark constituency alone. 39,200 people were furloughed in June, across the whole of Southwark.

In the first few months of 2020, referrals to Southwark food bank increased by 500 per cent.

Most shockingly, the number of empty properties in the borough has continued to rise with one in 24 residential properties now having no one living there, partly due to a huge rise in second home listings as people escape lockdown.

Home owners haven’t had an easier ride, either. This year, so-called ‘cladding and snagging’ scandals have taken centre stage, including the hidden costs of shared ownership and the often problematic relationship between leaseholders and their housing associations.

In October we revealed that dangerous cladding had been removed from less than half Southwark’s affected blocks.

Against this backdrop, the council’s house-building pipeline is very welcome. Tooley Street’s bosses claim they are on track to achieve its new homes targets.

But with the council house waiting list rocketing from 10,000 to 13,000 in recent months, and more financial pain from successive lockdowns, it is likely our deeply dysfunctional housing market will continue to dominate headlines in 2021.

Please don’t blame the Pandemic for empty homes. Flat next door to me empty for 2 years. Had new kitchen installed, despite existing one only being few years old.
We were told 2 years ago our properties were in breach of fire regulations and needed to be reconfigured, surprise nothing been done about that.
Southwark Council are a joke