The future of the schemes will be decided in 2021 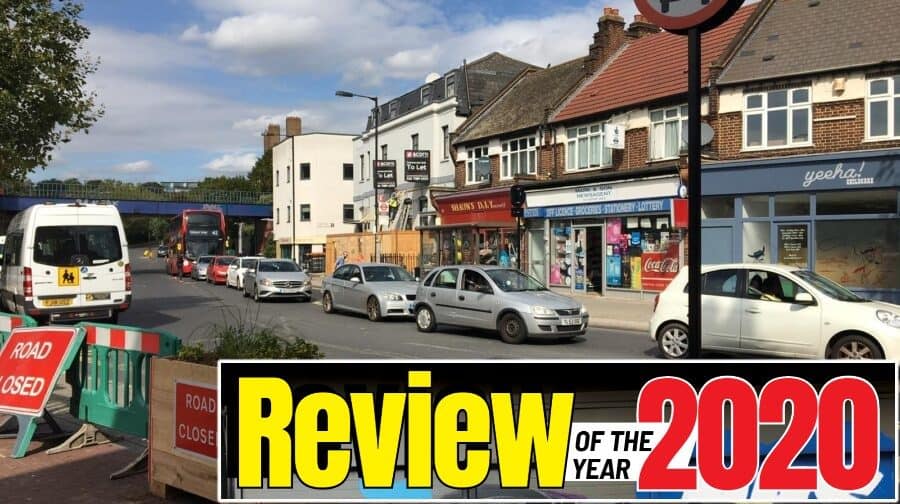 Transport has always been a flashpoint in Southwark, but the sweeping road closures imposed in July caused an almost unimaginable furore – especially considering plans for ‘low emission’ or ‘low traffic’ neighbourhoods have been rumbling on for years.

But the speed and extent to which they were implemented during the summer was unlike anything previously seen, as local and national government sought to help people commute by foot and bike, and ensure social distancing in busy streets.

The huge changes were put in place by Southwark Council but came as a government directive and were soon all over London – pitting local authorities who disagreed with their neighbour’s layouts against each other.

Meanwhile, residents who woke up to planters blocking off their roads to rubbish collectors, or found themselves stuck on loop-the-loop missions around Elephant and Castle to try and get onto Walworth Road from Brandon Estate, were furious.

Some of the most vocal opposition has come from traders who were struggling to survive the financial devastation wrought by the pandemic including Melbourne Grove traders in East Dulwich and shopkeepers around Walworth.

There was soon a war of words between those in favour and those against but, most importantly, many more were ultimately in favour of change but had concerns with the implementation rather than wanting to scrap the entire concept.

One trader in Melbourne Grove described the scheme as a ‘blunt instrument’ while residents in Walworth said it had ‘cut the community in half’.

Many residents filmed ambulances and police cars getting ‘stuck’, doing u-turns, and asking for help after encountering unexpected planters in their path.

In September we highlighted one street – Chapter Road – where for three whole months emergency services, including the fire brigade, were still taking wrong turns. It subsequently emerged that the navigation software had not been updated.

Before amendments were made, the first iteration of Walworth’s new layout also caused Walworth Police station huge headaches – something MP Neil Coyle argued should have been ‘wholly obvious’ to the council back in June.

Amid the vitriol online – with readers’ telling the News they were worried about being named and photographed in the paper discussing LENs – it is all too easy to forget that more or less everyone wants less congestion, cleaner air and better public transport.

While businesses, commuters, motorists and cyclists all may feel pitted against each other, all have highlighted that any campaigns to reduce car dependency will continue to fall down without real investment in viable public transport alternatives.

As divisive as the schemes became, a landmark ruling in December was a timely reminder why, regardless of the schemes’ success or failure, the aim of reducing pollution is so critical, and not only from a climate perspective.

A second inquest into the death of Ella Kissi-Debrah, a nine-year-old who died from a seizure in 2013, ruled air pollution was a contributing factor.

The inquest highlighted the failure of successive governments to tackle illegal pollution levels and educate the public about the dangers. Ella grew up by the South Circular, in Lewisham, one of London’s most polluted roads

Scientists have now amassed a body of evidence linking air pollution to diseases beyond heart and lung conditions including cancer, dementia, Parkinson’s and even miscarriage.

The council has admitted the first changes suffered from teething problems, and has continued to make amendments when urgently needed.

In December, at a meeting with residents and business owners in East Dulwich, Cllr Catherine Rose said the council hoped feedback and air monitoring data would help improve the scheme’s hasty implementation into a ‘coherent plan’.

A review is due in June 2021 with amendments expected to be made as soon as this month based on public feedback.

Reliable data on traffic levels and air pollution before and after the schemes, and how it affects the main roads traffic has moved onto, is the missing piece of the puzzle – along with what investment, and when, will be put into public transport.