REVIEW OF THE YEAR: Remembering those we lost in 2018 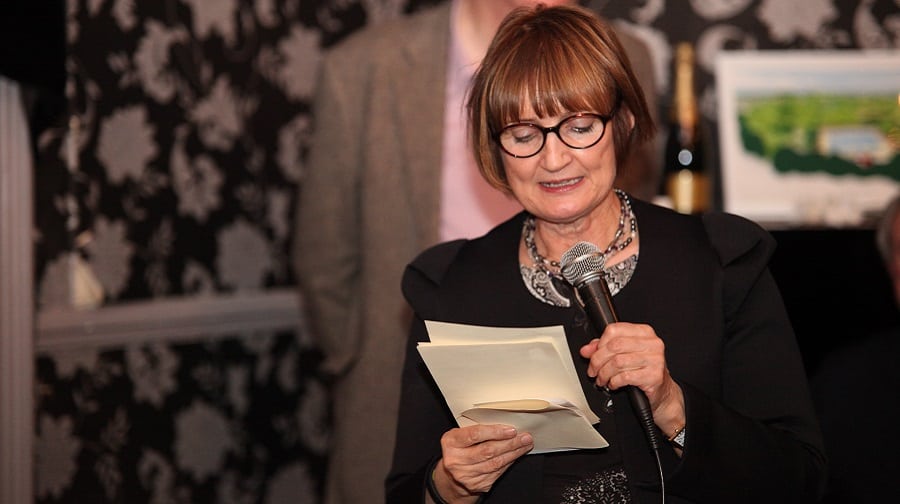 As 2019 begins and we leave 2018 behind, the News takes a look back at those local figures we lost over the past year.

Tributes poured in after the death of Dame Tessa Jowell on May 12, a year after she was diagnosed with brain cancer.

The MP for Dulwich and West Norwood until 2015 was the driving force behind the Olympic Games in London and known for her work on Sure Start for children.

Her constituency successor, Helen Hayes said: “Tessa leaves a huge legacy both locally and nationally and bravely used her brain tumour diagnosis to keep making a difference for others until the very end. Much missed x”

Her Southwark Parliamentary colleague and friend, Harriet Harman, tweeted: “For Tessa Jowell the personal and the political were intertwined – from Sure Start to the Olympics.

“Befriending people and persuading them to back progressive causes.

“A politics of smiling not shouting! True Labour but reaching cross party. RIP” Former Councillor George Dunk, ‘the kindest and most generous of men’, died on April 27 in hospital after a short illness.

The Liberal Democrat was elected councillor for Riverside ward in 1900 and re-elected in 1994. He stood down in 1998 and later became an Alderman.

Sir Simon Hughes, Bermondsey and Old Southwark MP from 1983 to 2015, said: “George Dunk was a passionate, dedicated, compassionate and hugely committed Liberal and Liberal Democrat, well-known and loved throughout the party.

“At a personal level George was the kindest and most generous of men, and most loyal of friends.

“It was typical of George that in his last text message to me from his St Thomas’ hospital bed he ended with the p.s. ‘have voted’, meaning he had sent in his postal votes for the council elections.” Dave, centre, surrounded by his family and his devoted wife Veronica, far left

A ‘True Southwark boy’ and founder of Southwark’s Blue Plaque Scheme, Dave Alden, died on June 17 at the age of 66, from cancer.

In his 20 years as chair of Southwark Heritage Association he left a legacy of recognising the people, places and events that have made Southwark special throughout history.

His wife, Veronica, said: “Dave was, I’m proud to say, my amazing husband and partner for over 40 years, and an amazing father and grandfather.

“He is sorely missed by all the family. We are and always have been a very close family and he is with us always in our hearts, thoughts and everything we do.”

Fisher’s ‘biggest fan’ Les Rowe was given a true Bermondsey send-off in June with a coffin draped in the club’s black and white colours.

The 83-year-old died after a short battle with bowel cancer.

He was known for being one of the best boxing matchmakers in the ‘50s and ‘60s, before turning his hand to managing Fisher Athletic Football Club in Rotherhithe.

His devotion to the club was so strong, that in hospital just days before he died he said: ‘As soon as I get out of here will someone take me down to Fisher?’

Born and bred in Bermondsey, the 83-year-old will be sorely missed by his legion of fans.

READ THE FULL STORY: Fisher boxing and football legend is to be laid to rest next week in Bermondsey The London Bridge and West Bermondsey ward election was suspended in May’s local elections after the shock death of ‘charming gentleman’ Toby Eckersley.

The 76 year old Conservative candidate had served as councillor Dulwich’s Village Ward from 1977- 1986, and re-elected for a further tenure at the council from 1990-2014.

Michael Mitchell, Conservative Group Leader and friend of Mr Eckersley’s for 35 years described him as a ‘revered elder statesmen’ and Sir Simon Hughes praised him as ‘a kind-hearted charming gentleman.

“I disagreed with him often, but like many others, I always respected him,” said Mr Hughes. Tony Farsky, known in the borough as a tireless campaigner for pensioners’ rights, passed away aged 98 in October.

Mr Farsky, a former Dulwich headteacher, was also known for being an anti-nuclear activist and a talented jazz pianist.

The “inspirational” campaigner had been admitted to King’s College Hospital with a chest infection before passing away in his sleep. Bernie Coot served in the Royal Navy for nine years, saving dozens of lives in Dunkirk and Normandy

Bernie lied about his age to join the Navy aged seventeen, becoming part of the Secret Boat Service.

“Cheeky and mischievous” Bernie is credited with saving dozens of lives during the war.

He passed away on May 31 aged 97, just six weeks after being diagnosed with lung cancer.

READ THE FULL STORY: Royal Navy lines streets for funeral of war veteran who saved dozens of lives in Normandy and Dunkirk

review of the year

Southwark NewsNewsREVIEW OF THE YEAR: Remembering those we lost in 2018