Revised Canada Water plans go on show to the public 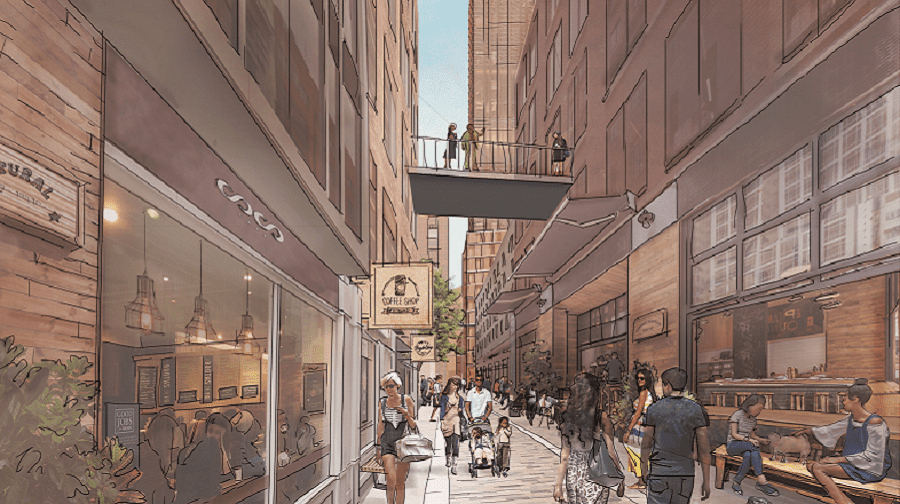 Artist impression of how Canada Water town centre could look

Revised plans for a new town centre and high street in Canada Water are set to go on show to the public this week.

Developers British Land will share its revised Canada Water Masterplan and ask for feedback at public exhibitions throughout May.

Consultation originally began in early 2014 looking solely at the SE16 Printworks site but has since expanded to include a much wider area.

The masterplan is expected to deliver a new town centre with mixed-use developments and a high street connecting Surrey Quays and Canada Water stations.

There is expected to be about two million sq ft of office and workspace, up to 3,500 new homes and about one million sq ft of retail, leisure, entertainment and community space set in a network of streets and spaces connected to the wider area.

Since the previous masterplan consultation in February 2016, Roger Madelin CBE has joined British Land as head of the development.

The project team has reviewed the masterplan in response to the previous consultation and has considered alternative approaches and developed a deeper understanding of some of the key issues.

The masterplan would be built in several phases over the course of about fifteen years.

The updated masterplan, including a model, will be on display at the CWM hub, opposite Tesco in Surrey Quays Shopping Centre on:

Neighbourhood mini exhibitions will be at:

For further information on the masterplan, visit: www.canadawatermasterplan.com