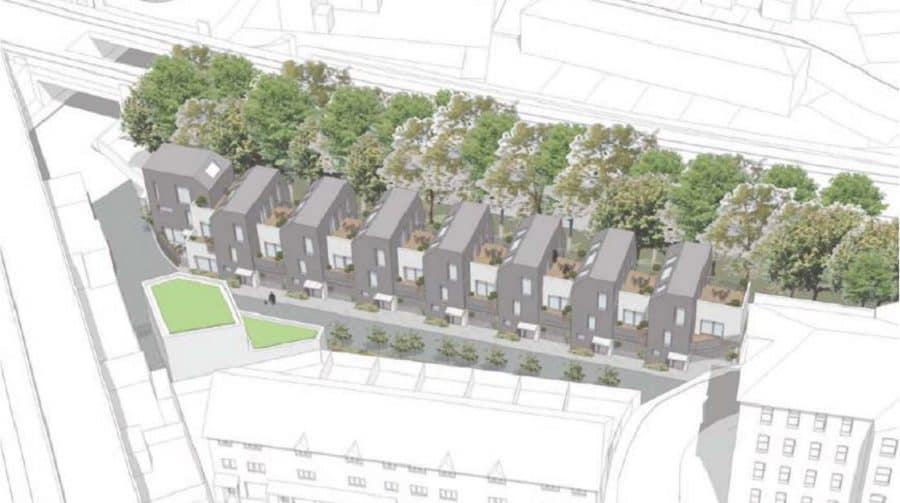 The designers behind the Peckham Coal Line have raised fears that a developer’s plans to build homes on an abandoned stable block off Consort Road may scupper their project.

Over £100,000 was crowdfunded for the Coal Line in November 2015, to create a scenic, suspended walking-and-cycle route on the old coal sidings which run beside the railway from Queen’s Road to Rye Lane.

But a new planning application submitted by Bluecroft Property to build nine houses in the Victorian yard (below the railway lines between Consort Road and Gordon Road) has upset the Coal Line’s designers.

The project’s Nick Woodford told the News that Bluecroft – who bought the land earlier this year – will make their plans to renovate the stable blocks into a community space impossible.

Although the proposed nine new homes would not impede the coal line route, Nick said his team was “not consulted”, and was “surprised” to learn of Bluecroft’s plans only on Monday, despite details of the Coal Line proposals being in the public domain since 2016.

“We want Bluecroft to be more ambitious with their proposals,” Nick said. “We think it’s crucial that the stable block be preserved, as a part of this area’s local heritage, and kept for public use. Bluecroft’s homes should be build taller, and be affordable, which won’t mean demolishing the stables.

“We would be happy to collaborate with them, but we were not consulted, even though our plans have been publicly available for more than a year.”

A Bluecroft spokesman said: “Our client has had a detailed condition survey of the buildings on the site which has found them to be in a poor state of repair – the buildings are not listed or locally listed. The approach has therefore been to propose demolition and the creation of new-build blocks.”

The proposed route of the Peckham Coal Line

Cllr Mark Williams, Southwark Council’s cabinet member for regeneration and new homes, said the authority “supports” the Coal Line, and also called on Bluecroft to “work with us and the Coal Line” to deliver the project.

Nick and a Bluecroft spokesman have confirmed that both sides will hold talks on Friday.

Nick also confirmed that a Feasibility Study for Coal Line will be published in September, containing for more detailed plans.