Big clean-up of the site planned for Saturday 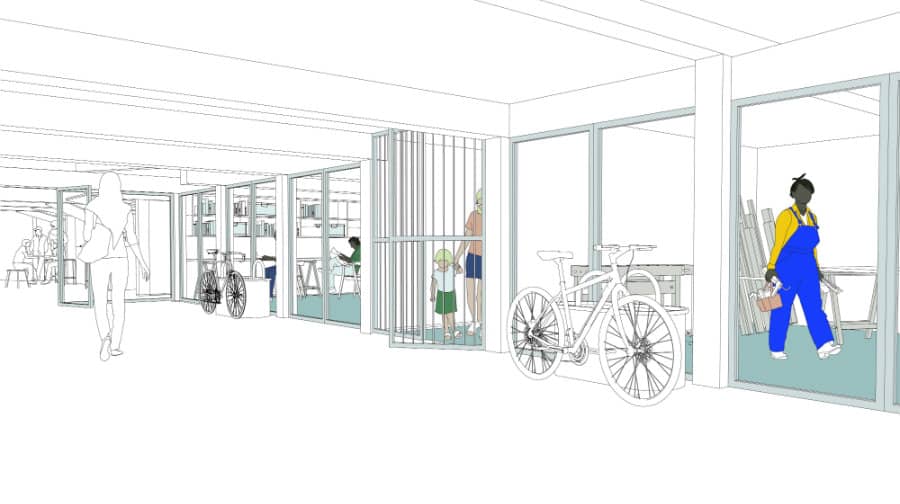 The first stage of transforming unused garages on the Old Kent Road into a community space is set to begin if crowdfunding can match the Mayor of London’s pledge of £20,000.

Peckham neighbours Ulrike Steven, director of what if: projects and Nicholas Okwulu, director of social enterprise group Pempeople, joined forces to transform the 60 unused garages on the Ledbury Estate.

The £850,000 Pempeople project will aim to bring life and jobs to the area, turning the space into The Livesy Exchange workshop and workspace which will be developed in stages over two years.

Resident of the Unwin and Friary Estate Ulrike, 45, said: “It’s very much about giving access, learning new skills, and linking that with existing industries on the Old Kent Road.”

If the crowdfunding target of £54,279 can be reached by August 16, work can begin on cleaning up the space, making it safe and building temporary workshops.

The Mayor of London will then donate the £20,000 pledge as part of the Civic Crowdfunding pilot.

Cllr Mark Williams, Southwark Council’s cabinet member for regeneration and new homes, said: “This is a really exciting project and will benefit residents of the Old Kent Road and neighbouring area.

“We are working closely with Pempeople to make sure they reach their target and we are looking at what funding might be available in the future.”

Potential partner organisations include the Tate Collective, London Youth, and the Feminist Library who are said to be considering moving into the space.

Pempeople pledge that everyone who uses the space, including staff, artists and community groups will be able to learn new skills and have access to the space.

The Livesy Exchange will provide a space for cultural programmes, studios and a training kitchen, all surrounding a central courtyard.

A big clean-up is planned on August 13 from 12am to 3pm, and the public are invited to come along and help clean the 1290m2 space.

People can donate and back the project at spacehive.com/OKRStudios.