Police and paramedics are on the scene 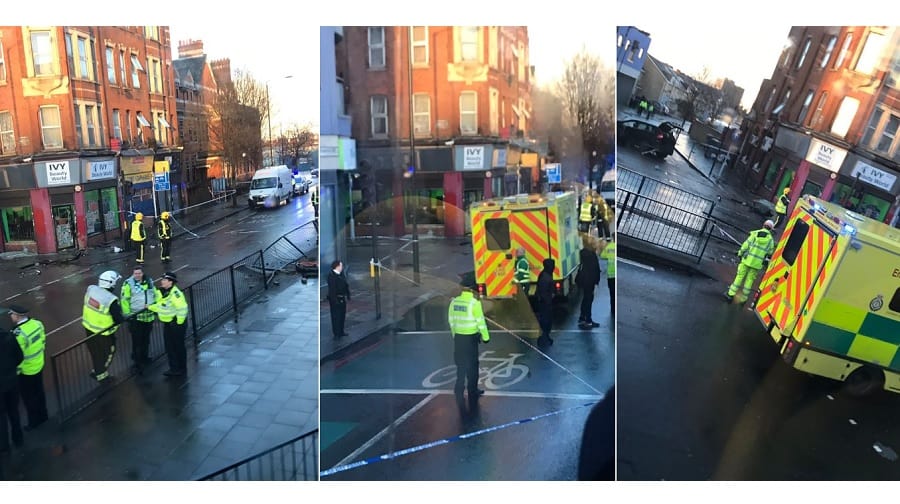 Eastbound traffic on Peckham High Street has been closed after a car drove in to the Ivy Beauty World salon on the corner of Clayton Road.

Black railings in the central pedestrian island have also been badly damaged.

The incident was first reported at about 4.45pm, and paramedics and police are in attendance.

A black hatchback appeared to have turned upside down and is stationary in Clayton Road.

An eyewitness has also told the News that a police car and van have also attended to a large group of school pupils gathered outside the Iceland supermarket, at the junction with Holly Grove.