“It is pure luck that we are not now investigating a murder and it is very important that these suspects are identified and arrested without delay,” police said 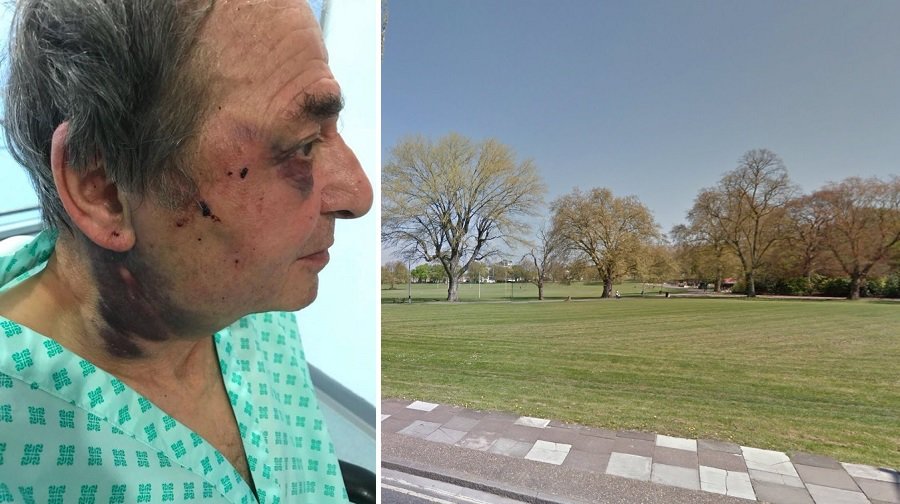 A Nunhead pensioner who made his way home after being stabbed and battered by two men for a mere £80 is lucky to be alive, doctors have said.

The seventy-year-old, who has asked not to be named, was walking alone through Peckham Rye Park on Friday, November 24, at 7:45pm.

He was passing the car park and café, when he heard a man shout “come here, have you got any money?”

“I saw two fellas,” he told the News, “but I thought nothing of it”.

Then one of them grabbed him and again said “give me your money”.

“One hit me in the face. Then I didn’t realise he had a knife under his jumper, and he stuck it in me.

“Then he stuck it in further, and said ‘give us your money’.”

Despite the barbarity of the attack, all the robbers made off with was £80, his watch and wallet, and a lottery ticket.

“I felt it right in my stomach. I just gave up because I knew I had no chance. I honestly thought that was it. I thought I was going to die.”

Speaking to detectives, the victim described the robbers as two black men, one slightly taller.

In an appeal for potential witnesses to give information about the attackers, the Met described one of the men, whom he caught a better glimpse of, as 20-30 years old, six foot tall, medium build, with a goatee and untidy hair, and of a “scruffy” appearance.

So far, no arrests have been made.

The plucky pensioner said he managed to walk home clutching his wounded stomach, whilst seeing blood “pouring” from it.

His brother, with whom he usually lives, was away. So he called for his neighbour, who rang the police.

“When I was walking home I walked past a woman parked by the car, with a little girl with her,” he said. “She offered me a lift because she could see the state I was in, but I told her not to worry.”

By a miracle, doctors said the knife missed any of his organs.

“I only saw the knife briefly, so I don’t know how long it was or how far it went in, but it was about an inch and a half wide.

“The doctors told me the blade missed my organs. They did a great job of treating me.”

He has already been discharged from hospital and is being looked after by his step-daughter.

And he added: “I have never had anything like this happen to me before. I have never felt unsafe in the park before.

“But I shouldn’t go that way [through the park] again. Not when it’s dark. I have learnt my lesson.”

Detective sergeant Chris Rogers said: “This was an unnecessarily violent attack on a defenceless man. There was absolutely no need whatsoever for this gentlemen of senior years to have been physically harmed in any way for £80.

“It is pure luck that we are not now investigating a murder and it is very important that these suspects are identified and arrested without delay.”

Anyone who can identify the suspects or witnessed this attack should call Southwark CID by dialling 101, via Twitter @MetCC or call Crimestoppers anonymously on 0800 555 111. Or DS Chris Rogers on 020 7232 6483

So, now it is no more knife crime in London when black boys killing each other. Now they are attacking innocent people who walk, ride bicycles or ride mopeds. It is usually delivery moped drivers, women, women with kids, kids and OAPs who these low lives attack.