Vehicle taking cash to be banked was targeted on Lordship Lane

Three men “not afraid to mete out violence” who stole more than £100k in five months of robbing post offices and currency exchange shops – including cash transported through East Dulwich – have been jailed for a total of 37 years.

The robbery on Lordship Lane in East Dulwich took place on January 4 this year, when a vehicle taking cash to be banked was targeted. 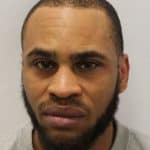 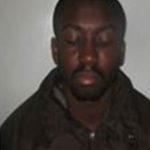 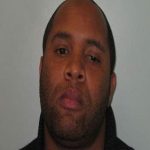 Brown had pleaded guilty to two counts of attempted robbery and five counts of robbery and was handed thirteen years and four months behind bars.

Frazer had pleaded guilty to two counts of robbery and one count of attempted robbery, and was sentenced to eight years and eight months’ imprisonment.

Perry and Brown were arrested by firearms officers on Saturday, February 17, after robbing a currency exchange bureau on Croydon’s London Road.

Brown was found in possession of a crowbar while being searched by police and Perry had a ‘large quantity’ of coins and notes.

Frazer was arrested on Wednesday, April 4, on suspicion of conspiring to rob with Perry and Brown, between February 5 and 17, 2018 for a robbery and attempted robbery at two currency exchanges.

According to police, the men often gained access to secure areas on the premises by wearing high viz jackets and then forced staff to open cash and deposit boxes – with violence.

Footage from a robbery in West Norwood in February shows Perry diving through the parcel hatch, followed by Brown, and then assaulting a staff member before stealing cash.

The previous month, Perry and Brown robbed a currency exchange on Vauxhall Bridge Road where Perry hit a staff member over the head with a crowbar after the employee tried to resist, while Brown stole the cash.

The judge stated that the victim of this offence was to be commended for his bravery, and the CCTV footage of the incident was “shocking viewing”.

When handing down the sentences, the judge said the robberies involved ‘significant pre-planning, and that the defendants were “not afraid to mete out violence”, and that she believed there was “overwhelming likelihood of the defendants committing further robberies even after a significant period in prison”, adding Brown “showed no remorse”.

Detective Constable David Reed, from the Met’s flying squad, said: “Such was the weight of evidence gathered against these three men, that they had no option but to plead guilty.

“These offences involved high levels of violence and have been extremely traumatic for the victims involved.

“I would like to thank all the businesses who have assisted us in our investigation; the support of the staff has helped us secure a conviction against the group.

“These convictions highlight the professionalism, tenacity and unique qualities demonstrated by the Metropolitan Police Flying Squad.

“This was a complex and protracted investigation which has resulted in the removal of three dangerous criminals from the streets of London for some considerable time.”