Rocket-shaped skyscraper fails to take off

The bizarre proposal was rejected by Southwark Council's planning committee. 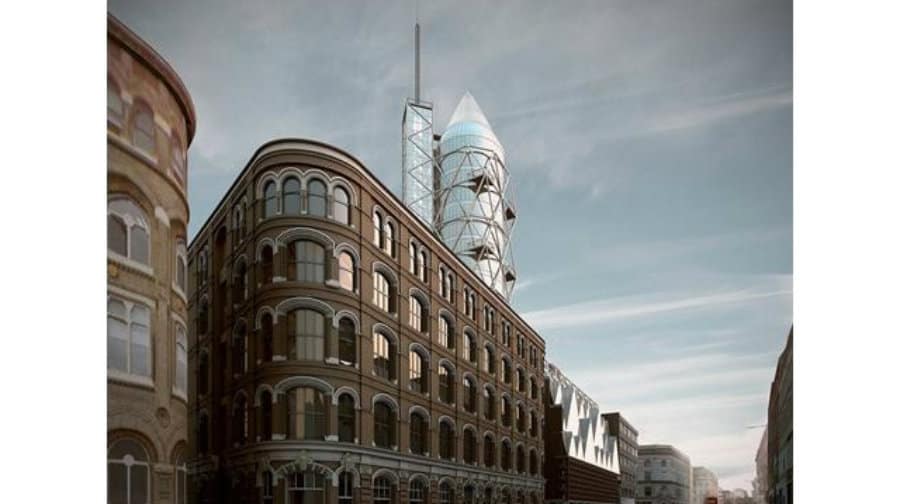 A proposed 100m-tall skyscraper shaped like a rocket ship has been rejected by Southwark Council’s planning committee, who said that the building design was “incongruous, isolated and alien.”

The bizarre Southwark Street proposal was slammed by council officers, whose report claimed the design “would cause unacceptable harm” to the borough’s skyline.

It added: “The rocket reference is completely alien to the character and identity of Southwark, and indeed London as a whole.”

The scheme proposed demolishing the current site at 55 Southwark Street, currently an art school and car park, and replacing it with a 30-storey tower, including a theatre, museum, bar offices and flats.

As well as the out-of-this-world design, the application noted that the tower would include just nine large residences, despite having space for “around 30.” This meant that it also fell foul of the council’s affordable homes provision.

The development’s design, according to its website, was inspired by Yuri Gagarin, the Russian cosmonaut who achieved “one of the most important and spectacular events of the 20th century” when he became the first man to orbit the earth.

The website added: “His image and that of his rocket lifting into space have become iconic illustrations of modern innovation, and his name has become synonymous with courage and fortitude.”