The Kiss, with its tender embrace, is the perfect opening for a Rodin show 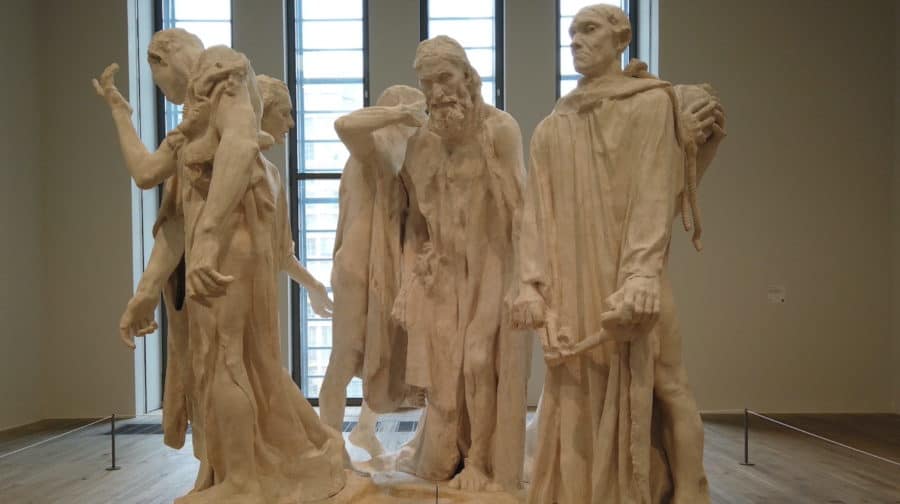 The Burghers of Calais

The Making of Rodin brings together his must-haves such as The Thinker, The Kiss, and The Burghers of Calais, along with more than 60 previously unseen plaster works included in this eye-opening exhibition of over 200 pieces, writes Michael Holland…

Rodin was a rebel, a rule-breaker, a revolutionary who was perhaps forced to go that way when his early masterpiece, The Age of Bronze, was deemed so realistic he was accused of casting directly from his model’s body rather than sculpting by hand. After being put on the defensive he felt he had to prove himself more than others. And he did.

Unlike other sculptors, he would cast multiple copies, then rework each one and assemble the pieces in different combinations, ultimately creating something unique each time without having to remake whole sculptures. The same heads, hands and feet would be placed on different sculptures, though each time having new meaning.

The Making of Rodin focuses on his use of plaster, emphasising how crucial the medium was in his work, and now, in collaboration with the Musée Rodin in Paris, visitors can view original plasters and studies that give a more in-depth insight into the way Rodin worked. 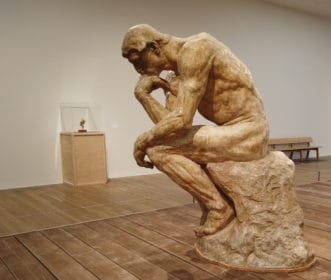 At the entrance is The Kiss, with its tender embrace being the perfect opening for a Rodin show. But once inside that gentle touch is soon replaced by more harder-hitting pieces. You reach the main room and become overwhelmed with giants. The Thinker sits there mulling over a multitude of troubles, but with the opportunity to get up close you can relate to Rodin’s own thoughts on this work: ‘What makes my Thinker think is that he thinks not only with his brain, with his knitted brow, his distended nostrils and compressed lips, but with every muscle of his arms, back and legs, with his clenched fist, and gripping toes’.

The newly restored original plaster for The Burghers of Calais 1889, can now be seen outside of France for the first time. The bronze cast is on a plinth in Victoria Gardens, by the Houses of Parliament, but in Tate Modern, it can be viewed as Rodin wanted it viewed – at eye level – where you can see the Burghers vulnerability and pain as they gave themselves up for execution to the English army under King Edward III; their heroic gesture to spare the townsfolk of Calais. It is my favourite piece in the exhibition.

Moving through the exhibition you suddenly find yourself as the titan looking down at a glass cabinet full of hands in a multitude of shapes and sizes. The Making of Rodin allows visitors to see work never seen before and to get a better understanding of the man himself, which is very much what it did for me.