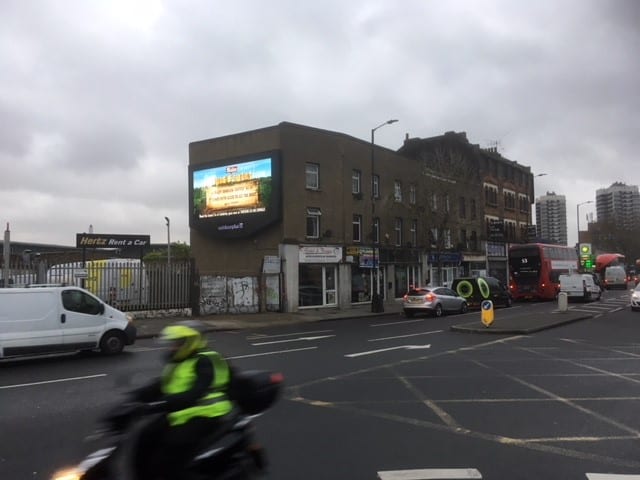 A rogue landlord who illegally rented crammed and unsafe flats in Old Kent Road has appeared in court after an investigation by housing officers and trading standards.

Shafair Ali, from Deptford, was ordered to pay over £280,000 in fines and costs at Inner London Crown Court this month after enforcement action by Southwark Council.

The 51-year-old had pleaded guilty to two offences of failure to comply with a planning notice in 2018 after converting, without permission, numbers 719-725 Old Kent Road into five ‘cramped’ flats. 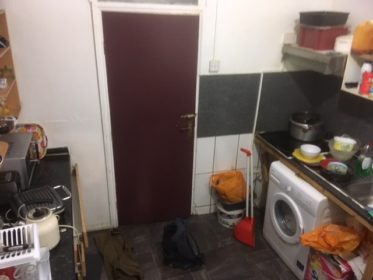 A kitchen in one of the properties.

Failure to comply within three months would see him face two and a half years in prison.

Council officers discovered the five flats had been constructed, with no planning permission, in a building designated for office or light industrial use.

Southwark Council described them as ‘poorly constructed’, with ‘inferior layouts and materials’.

Some were rented by families despite being far smaller than flats suitable for only one or two residents.

In an inspection in 2017, it was discovered that one flat was just 35 square metres in size – two metres below the minimum size for a one person home – but had three bedrooms crammed inside including one with no windows. At least eight people were believed to be living in the property. 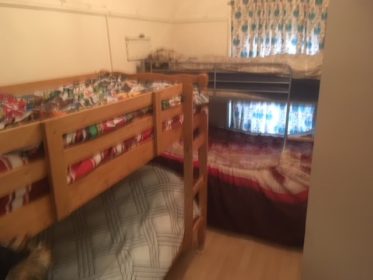 One of the cramped flats’ bedrooms

The flats also had serious safety problems, with no fire detection, inadequate escape routes some of which were via kitchens, electrical sockets in bathrooms, some bedrooms without heating and bathrooms with no ventilation.

Cllr Johnson Situ, cabinet member for climate emergency, planning and transport said: “We believe that everyone deserves a place that they’re proud to call home so it’s deeply shocking that families were cramped into properties not even big enough for one or two people.

“This is a great result and another success for our Planning and Trading Standards teams, whose joint efforts have amounted to nearly £1.5 million in confiscation orders issued to landlords renting out illegally converted properties in Southwark since 2019.

“The council remains committed to taking tough action against criminal landlords who would profit from the misery of their tenants by renting illegal and sub-standard properties.” 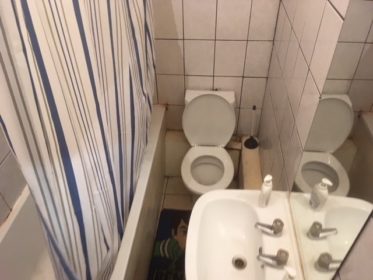 A bathroom in one of the properties