Darren Tassell will play a battle-hardened British sergeant in the Punjabi film, which is expected to be released next year 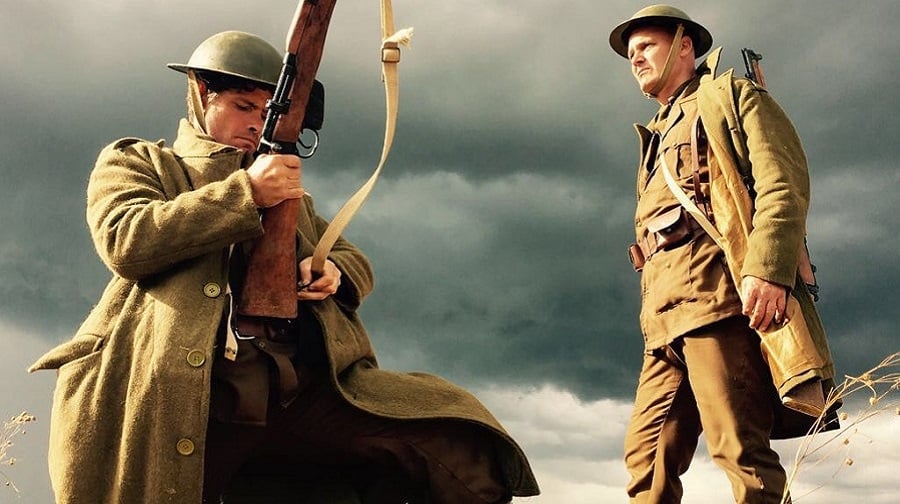 A Rotherhithe actor will star in a film telling the story of the Sikh soldiers who fought in WWI.

Darren Tassell will play a battle-hardened British sergeant in a Punjabi film, which is expected to be released next year.

The 43-year-old, who grew up on the Redriff estate in Rotherhithe and still lives in the area with his family, said he hoped the film – which has the working title Rangroot – would be his big break.

“Because the Sikh story has never really been told in a war film, Rangroot is going to be massive to their culture,” said the father of five.

“I play Mark Campbell: a battle-hardened sergeant who leads the battalions into war.

“I have an officer with me in the film who is an English gentleman who has come through the ranks from silver spoon, whereas my character has had to fight his way up.”

Darren, who began acting as a young teenager, said the cast had filmed scenes at Kelvedon Hatch Secret Nuclear Bunker in Essex and would be flying out to India in December.

“It has been incredible,” he said. “We’ve been running across fields with explosions going off.

“I absolutely think this could be my big break; this is the biggest film I’ve done to date and my biggest role as I’m the third lead role.”

Darren began acting at the age of thirteen at the former Scott Lidgett School, in Bermondsey, before joining London Bubble Theatre.

“My very first film was in 1986 when they came around looking for extras for a Denzel Washington film called For Queen and Country,” he said.

“My first day on set there was a hurricane so at five in the morning there were trees blowing in the wind and the set in Battersea was destroyed so I didn’t get to do much unfortunately.”

“Because I’m 6ft3 and have got a skinhead, I now get kind of typecast as gangster roles,” he continued.

“I’m very happy to play a hard man but I can also do the softer side of things and can turn on the tears when I need to.

“I’m such a big kid at heart and I’ve got five children so I can play the fool all day and people seem to find that quite endearing.”

It has been a journey for Darren, who took the plunge and quit his well-paid job last year to pursue his dream.

His partner Carin and family have been supportive – but it was a struggle at first.

Darren Tassell with his family

“I’ve fought tooth and nail for what I’ve got,” he said. “I started from the bottom and worked my way up.

“I quit my job because I was getting offered film roles but couldn’t get to them.

“My partner Carin has a fantastic job at Bupa and she has been supporting my dreams and since we have two babies we decided she would go back to work.

“For the first six months I didn’t do any work at all and I thought it would be a struggle for the first year or two but it was worth it because I’ve achieved my dreams.”

Darren will appear alongside actors Diljit Dosanjh and Yograj Singh in Rangroot, directed by Pankaj Batra.

The film is expected to be released in February/March next year.

Darren will also appear in Actimel’s Christmas advert over the festive season.