Rotherhithe: Appeal after man ‘kicked pigeon into water and left it to die’ 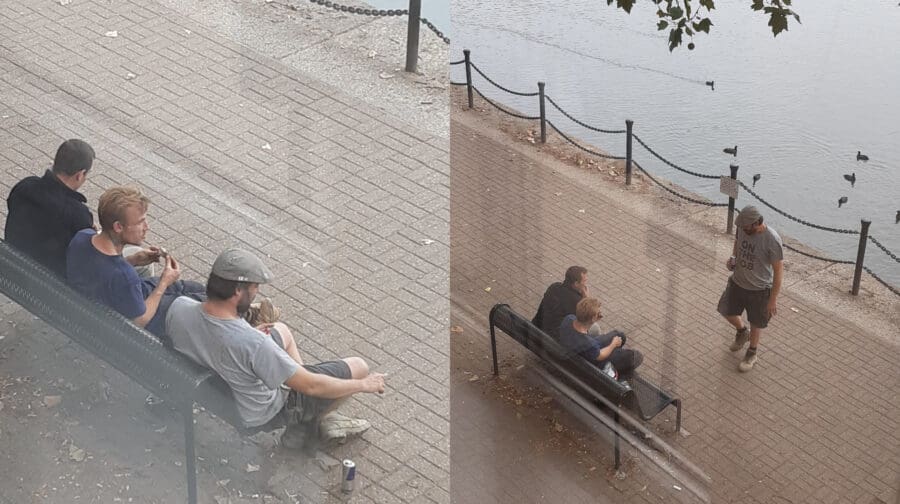 The RSPCA have launched an appeal after a pigeon was allegedly “booted” into Rotherhithe’s Greenland Quay and left to drown.

Witnesses have claimed that one of a group of men on Rotherhithe’s Worgan Street kicked a pigeon into the water, as others laughed and threw food at it.

They say the men left the pigeon to drown, at around 11.30am on Tuesday September 8.

Now the RSPCA are hoping to find the three men pictured in the hope they have information about the incident.

Inspector James Whipps said: “We were contacted by a witness who claimed to have seen a group of men in Worgan Street – on a walkway behind Burrage Court and Elbourne Court.

“The onlooker said one of the men got up and kicked a pigeon that was hopping around nearby. He booted it into the water where it flapped around and struggled.

“The men continued to laugh, throw bits of food at the bird as it struggled and then moved on, leaving the bird to die. Witnesses claim it drowned.”

The RSPCA says it is working to establish exactly what happened by making enquiries in the SE16 area as well as searching for any additional witnesses.

James added: “We don’t know exactly what happened so we’d like to speak to these three men who may have information about the incident.”

Southwark NewsNewsRotherhithe: Appeal after man ‘kicked pigeon into water and left it to die’