‘It’s having a massive impact on our business’: Rotherhithe group calls for six-person coronavirus limit to be dropped 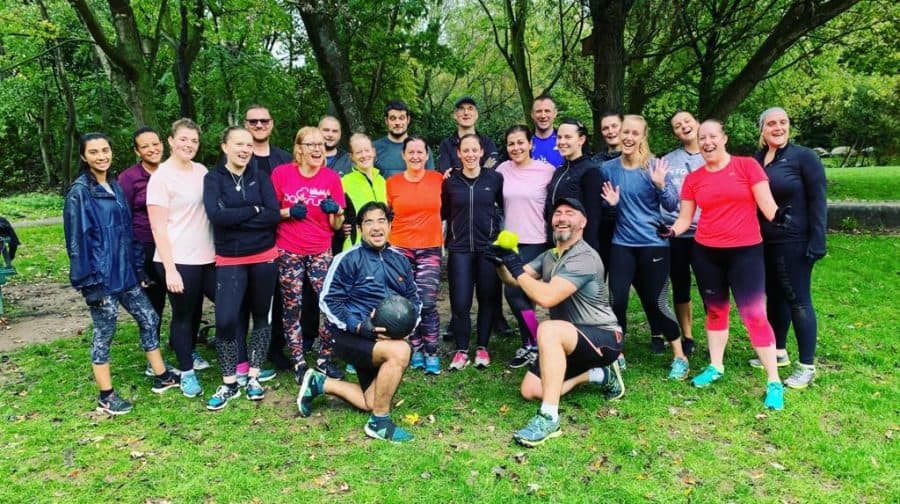 Members of Bootcamp SE16 before lockdown

A Rotherhithe fitness bootcamp started in response to violent crime in Stave Hill has urged the government to drop its six-person limit on outdoor groups.

Currently, only six people from different households are allowed to meet outdoors with social distancing.

Ms Jannati, who formed the outdoor fitness group over safety fears, said it was important for people to be allowed to exercise in groups, for their physical and mental health.

“You can have thirty people at a wedding, you can have as many people as possible crammed into an aeroplane,” said the mother-of-two.

“But we can’t get out there with a responsible fitness session without quarantining. But the more fitness there is, the more it helps the NHS, obesity is a big risk factor for Covid-19 – it’s important not just for overall health but for mental health as well.”

Bootcamp SE16, which regularly used to practise in Stave Hill and Russia Dock Woodland, has been hit by the condition, which prevents mass gatherings in public – even for exercise.

“It’s had a massive impact on our business,” said the 36-year-old, who has sarted a petition urging the authorities to relax the condition.

“Not being able to do it outside reduces customers coming into the business, it reduces our turnover.”

The business-founder said a reasonable condition would be thirty people allowed to gather with social distancing, saying this was the limit for weddings.

“We’re happy with the two-metre social distancing rule, because we have the space, but we need the numbers to increase,” she said.

Her call comes after the head of the Southwark Aquatics Club, based in Seven Islands Leisure Centre, called on the government to allow swimming pools to reopen.

Andy Moore, chairman of the club, said: “It brings me frustration that pubs, cafes, hairdressers and even shops are all open … they’re open and we’re not.”

Southwark NewsNews‘It’s having a massive impact on our business’: Rotherhithe group calls for six-person coronavirus limit to be dropped