However, TfL refused to be drawn on specific designs, saying plans were still being worked on 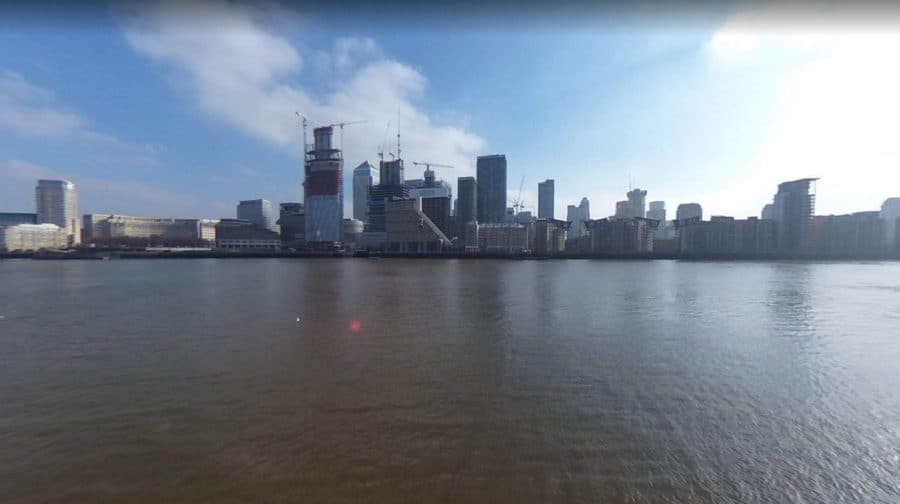 The view to Canary Wharf from Durand's Wharf, where the bridge is expected to be built (Image: Google Maps)

Rotherhithe could get the world’s longest and tallest vertical lift bridge, reports have stated.

According to leaked TfL documents seen by the trade publication, New Civil Engineer, the transport agency has settled on the vertical lift bridge design as its preferred option for the Rotherhithe to Canary Wharf crossing.

The 90m tall bridge, spanning 180m, would reportedly be 10m longer than the Arthur Kill bridge in New York, which is currently the world’s longest bridge of its type.

However, the plans have not been confirmed by TfL and may change ahead of a public consultation on the crossing due later in the spring.

The documents also reportedly confirm the preferred location of the bridge will be from Durand’s Wharf to Canary Wharf’s Westferry Circus.

A TfL spokesperson refused to be drawn on specific designs for the crossing, saying that the agency was “still working on the designs and plans.”

“Following a public consultation in November 2017, we have been working to develop our proposed plans for a pedestrian and stop depression now between Rotherhithe and Canary Wharf,” said the spokesperson in a statement.

“As part of this, we have been engaging directly with key stakeholders, such as the Port of London Authority and the boroughs on either side of the river, working through issues such as bridge alignment, landing points, opening mechanism, construction methods and operating procedures.

“This will ensure the final scheme is deliverable and appropriate for all users.”

Images circulating of the life-bridge crossing were artist’s impressions, added the spokesperson, and were subject to revision.

A crossing from Rotherhithe to Canary Wharf has strong public support, with 93 per cent of respondents in a 2017 consultation backing a river crossing of some kind.

85 per cent backed a bridge spanning the river, which is TfL’s preferred option, although the agency has not yet formally ruled out a ferry crossing.

TfL confirmed the bridge design, as per the homepage of http://www.rotherhithebridge.uk, is the only design they will be consulting on in April.

TfL confirmed at a recent meeting that the design of the Rotherhithe bridge, as detailed on the Homepage of http://www.rotherhithebridge.uk, was the only design and location they will be consulting on in April 2019. There would be no other bridge designs shown to the public during the single option consultation.