Dr Theo Gavrielides, founder of Restorative Justice for All International Institute was awarded the Liberty of the Old Metropolitan Borough of Bermondsey 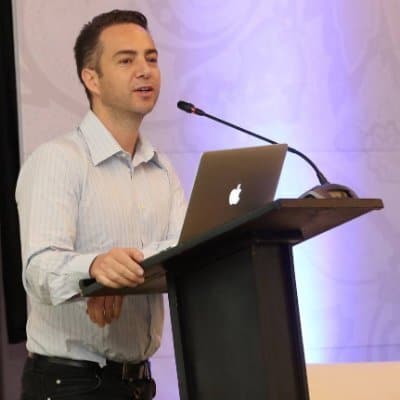 The founder of a Rotherhithe-based group that has helped give out protective equipment in the Covid-19 pandemic has been given a prestigious Southwark award.

Dr Theo Gavrielides, founder of Restorative Justice for All International Institute, based on Surrey Quays Road, was awarded the Liberty of the Old Metropolitan Borough of Bermondsey at the Southwark Civic Awards this week.

Gavrielides was given the award by Southwark Mayor Cllr Barrie Hargrove in a socially distanced ceremony at the Rotherhithe Community Centre on Wednesday (April 21).

Restorative Justice For All (RJ4ALL) was one of the groups that stepped in to help hand out food and personal protective equipment at the start of the Covid-19 pandemic. The group also ran a mental health support initiative called You Are Not Alone.

Nick Johnson, RJ4All Board member and local councillor said: “I am delighted that Theo has been recognised in the Southwark Civic Awards for 2020. It is a recognition that he and the whole team at RJ4ALL richly deserve for their commitment to building community cohesion in our Borough. In times of crisis, we all need people who are willing to roll their sleeves up and make a difference – Theo is exactly this sort of person!”

Ben Lyon, Chair of the RJ4All Board said: “Theo had the insight to tap into the vibrant and diverse population of Southwark and to draw upon its skills and intelligence to establish what has become an international research and social justice agency. His work has radiated out from here across Europe and across the world.

“I would like to think that Theo, and his team,with their hard work, have helped Rotherhithe towards becoming a centre of excellence and innovation. In its turn the community drew him in too, he lives here and his son attends the local school.

“Like so many of us he chose to be here and is proud of the fact. His latest project project of taking back the Rotherhithe community centre into full time use will embed RJ4All and its work further into the local area, especially important in these difficult times. I am equally proud to have him as a friend and to help him and RJ4All take Southwark forward.”