All but one councillor voted in favour of the scheme, despite concerns that 'it seemed like something had gone seriously wrong' with consultation 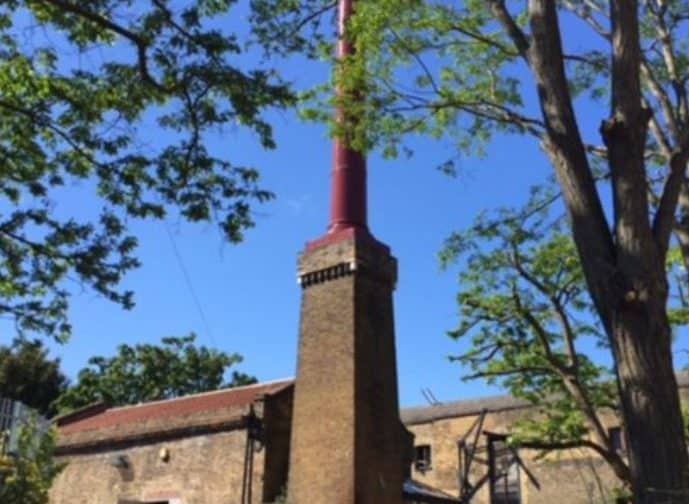 The Brunel Museum was given the green light for a new building on Monday night (December 6), despite an outcry from Rotherhithe residents about the loss of two mature cherry trees and open space.

The museum wants to build a new visitor centre with toilets and a snack concession – which would mean the museum’s Pumping Engine House building would have more space for exhibitions.

But it also means that two mature cherry trees would have to be felled. These would be replaced by two pear trees – which, as fruit trees, would also blossom, and seven cherry trees. The replacement cherry trees would be paid for with about £4,000 from the museum as part of its planning agreement, and would probably be planted on the Adams Gardens Estate and nearby Rupack Street.

Other plans include works to the inside and outside of the Pumping Engine House and an “audiovisual experience” in the tunnel shaft.

Local objectors were represented by Alison Clayburn, who lives close to the museum. As well as the loss of the cherry trees, Ms Clayburn said that she and her neighbours objected to the design of the proposed new building, which she said does not fit with the historic character of the Rotherhithe conservation area. She questioned why the museum needed the new building, given that it is now only open to the general public at the weekends.

Several planning committee members raised concerns about the seemingly-overwhelming objection to the new building from locals. Cllr David Noakes said it was “sad” that so many people were against the scheme. Pointing out that there had been 73 objections, and only three comments in favour, he said: “It seems like something has gone seriously wrong there”.

In the meeting’s one moment of mild constitutional controversy, Cllr Damian O’Brien even pushed for the application to be pushed back to make time for more consultation – leading to a moment of confusion with committee chair Cllr Martin Seaton. Cllr O’Brien soon withdrew the motion.

Museum director Katherine McAlpine, who joined part-way through the design process, told the committee she was sorry that, before her time, “conversation wasn’t happening” with locals “for whatever reason.”

She admitted that consultation had been difficult amid Covid-19 restrictions, but pointed out that they had carried out in-person consultation between lockdowns.

And Ms McAlpine defended the plans, saying: “We are trying to achieve many, many things in a building that was built to house steam engines to pump water out of it… it wasn’t built thinking about what the needs of a museum would be 200 years in the future. We’ve thought long and hard about what the most appropriate needs are for the site.”

Cllr Kath Whittam, who was speaking on behalf of her fellow Rotherhithe ward councillors – and was not a committee member – said she, Cllr Stephanie Cryan and Cllr Bill Williams were in favour of the application.

She said: “I’ve lived in Rotherhithe for over 30 years. When I first moved in, the Brunel museum was open on one Sunday afternoon per month only. Since then it has grown and become more prominent, so that in normal circumstances it will be open almost every day…

“As ward councillors, we support this application because it will take the museum to the next stage.”

Despite their concerns over the consultation, all of the committee members apart from Cllr O’Brien voted in favour of the scheme.

Gala At The Gasworks