'I just want to say ‘thank you’ to her, get her some chocolates and some flowers' says mum Tanya 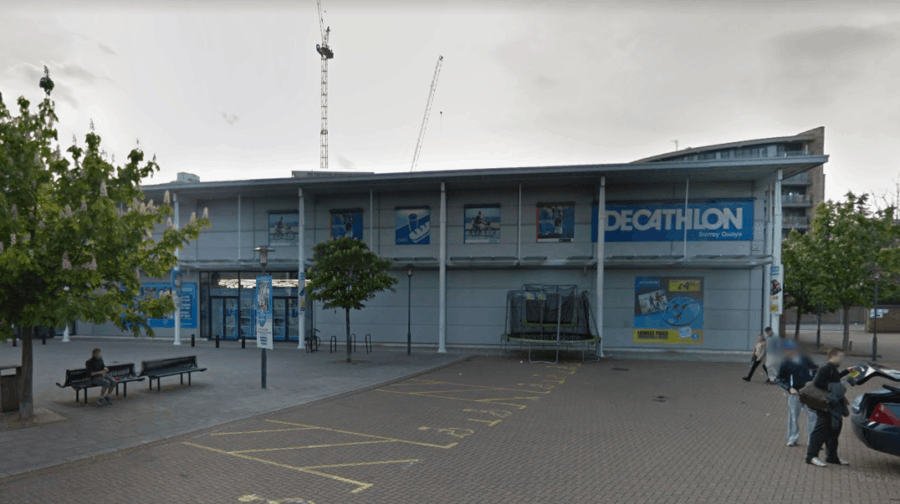 The incident happened near the Decathlon

A Rotherhithe mum has launched an appeal to find the Good Samaritan who saved her boy from being mugged for his bike.

A quick thinking stranger saved Tanya Robinson’s son from being mugged by youths for his bike outside the Decathlon store in Canada Water.

Her twelve-year-old boy, who the News is not naming, was stopped by youths who attempted to snatch his bike.

Spotting a woman sitting on a bench nearby, the youngster claimed the stranger was his mum to deter the criminals – and the unknown woman intervened, snatching the bike back.

Now his real mother wants to find her to give her a box of chocolates or flowers as thanks for actions.

“The woman was savvy enough, she said, ‘Yes I am his mum,” Tanya told the News. “That was enough to deter them a bit.

“They’d took some bits off the bike and she grabbed hold of it and they let go. She was able to get it back for my son.

“I just want to say ‘thank you’ to her, get her some chocolates and some flowers. If it had not been for her, it could have been a whole lot worse.”

Once Tanya’s young son had his bike back, he sped off to Surrey Quays Shopping Centre to find a phone to call his mum, she said.

He was chased by the would-be muggers, but managed to get into Superdrug – where kindhearted staff gave him a drink, a place to sit and a phone to call his mother.

“The manager called me from his own personal mobile, they said, ‘He’s safe, don’t worry’”, Tanya said.

The mystery woman is described as an older woman, with slightly tanned skin and black hair.

She had a small brown dog with her and was sitting on a bench outside the Decathlon when the incident happened at around half twelve to half one on Sunday.

“I have asked on Facebook, but nobody seems to know who she is,” said Tanya. “But she must be local.”

Can you help Tanya find the Good Samaritan who rescued her son? Contact us on news@southwarknews.co.uk.