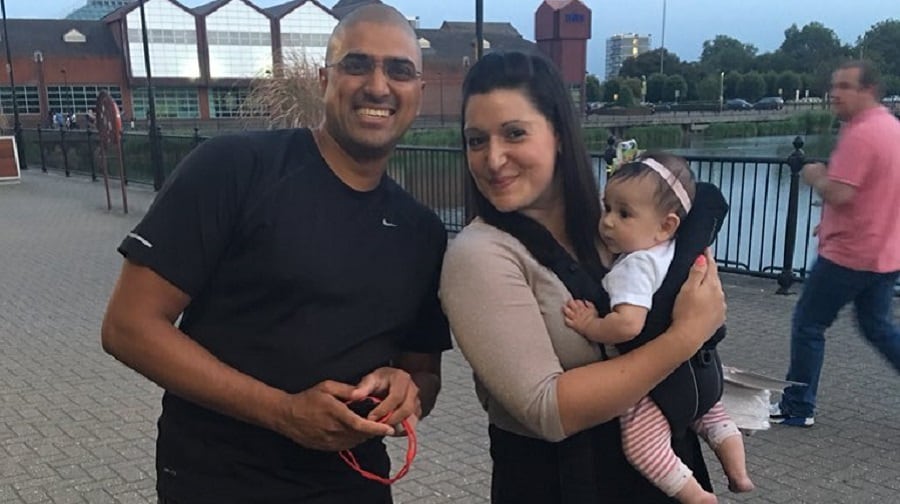 A Rotherhithe mum is launching self-defence classes for residents who are “too afraid to leave their house” after a double stabbing.

Stephanie Jannati, 34, who runs Bootcamp SE16, decided to launch the sessions as a “direct response” to a man and woman being stabbed in the hand during a mugging in Stave Hill Ecological Park on Friday, June 1.

The mother of two, who was herself the victim of a mugging in Canada Water in 2010, said other mums in the area were becoming too afraid to go into Russia Dock Woodland and the park alone.

“I’ve just had my second baby and we go into this woodland to have picnics and I walk through there on my own to meet my clients so I’m scared now and my husband doesn’t want me to walk there on my own,” she told the News.

“I know of mums saying they are too scared to leave their house now and my clients are young, single professionals who moved to this area because it’s up and coming and it’s nice and now this is all happening.

“Obviously social media is showing the volume of things that are happening in this area – and before social media these things did happen and probably to a similar volume – but now there’s more awareness and more people are scared, especially in situations like this.”

Sal Nazeer, who was once a bodyguard for an Indian popstar and who has qualifications in various martial arts, has designed a five-week self-defence course for residents, which will start with a free 90-minute taster session at Stave Hill Ecological Park on June 16.

“What’s different about this is he goes through conflict management and takes you through a situation and you learn techniques on how to talk to people and how to respond to them – because that’s where a lot of people get shy – and what to expect because a lot of people go into a fight or flight situation,” said Stephanie. Bootcamp SE16 group at their training ground at Stave Hill

“The number one rule is to run but you can’t do that if you have kids with you.

“If this can give people the sense of security or instil a little bit of confidence in them at least it’s something someone is doing in the area and there’s no obligation to sign up for the course.”

At about 11am on Friday, June 1, two women with children were approached by a pair of men in Stave Hill Ecological Park.

One of the men tried to snatch a handbag belonging to one of the women, who was stabbed in the hand during the struggle before he stole a rose gold iPhone 7.

He then snatched an iPhone belonging to the second woman and stabbed a male passer-by when he tried to intervene.

The man and woman were taken to hospital to be treated for minor injuries and were both discharged the same day.

“There will be increased police patrols of the area over the next few weeks in the run up to the summer holidays, particularly around school start and finish times, to reassure residents and deal with any issues,” Inspector Owen Pyle told the News.

“We are aware that there is no quick fix to the knife crime problem and as such will be undertaking joint work with the council over the coming months, putting in place longer term strategies to tackle this.

“We would encourage the community to report all incidents or suspicious behaviour to police; even if the information seems insignificant, it may be the final piece of the jigsaw puzzle for us.”

One of the suspects is described as a white male, about 20 years in age, 5ft10, and unshaven.

To sign up for the self-defence classes with Sal, visit: www.goteamup.com/p/1169556-pro-impact-fitness/courses/26336/