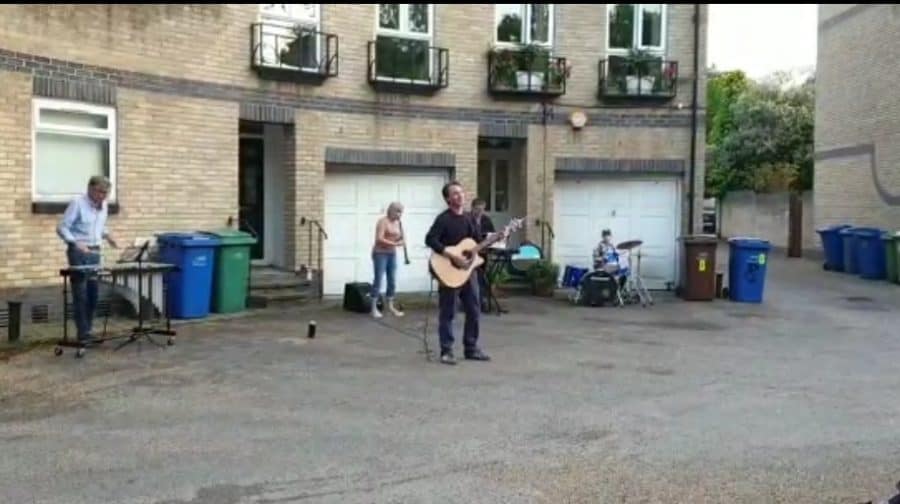 A group of Rotherhithe neighbours who had performed impromptu concerts to thank the NHS every week will re-group in an extended concert to commemorate the NHS’s anniversary.

The band of neighbours on Hurley Crescent had won attention for their socially distanced musical performances prior to the ‘Clap for Carers’ every Thursday – with each neighbour playing a different musical instrument.

Performances had included songs from The Beatles, Vera Lynn, and others. Now the group is planning an extended concert to mark the 72nd anniversary of the NHS on July 5, after calls for a final nationwide clap to mark the occasion.

“The clap for carers just suddenly seemed to stop,” said Paul Hagen, one of the nine-strong group of guitarists, violinists and musicians taking part.

“I thought it was such a shame really, because it really brought the community together.

“But instead we decided the next thing we would do is something for the anniversary of the NHS [on July 5].”

The concert will take place from 5pm and the group are planning a medley of the hits that they have been entertaining passers-by with during lockdown.

“It was sad not to be doing it, and seeing the people who had turned up for it,” added Paul. “It showed that people were really enjoying it.

“[When we stopped] there was even a little girl who was sitting outside waiting for us all to play.”