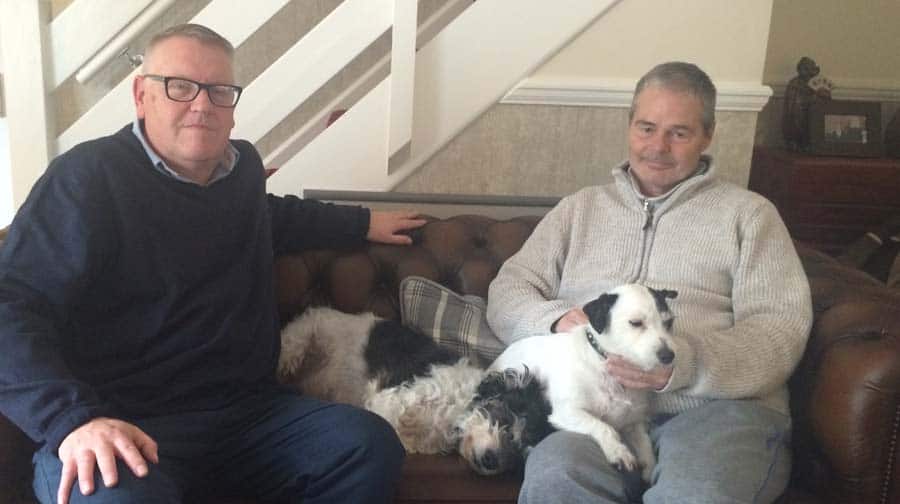 Brian Croll and his partner Ronald Phillip are fundraising for Cavell Neavin, four, who has been fighting a brain tumour for the last year, Cidney Dixon-Fowler, four, who has severe mobility and eye issues and Harvey Brown, six, who suffers from the ultra-rare life-debilitating disease Morquio.

Brian, 52 said: “We normally help charities each year around this time, but this year we decided to do something special and help out these brave kids. I just see these three kids and think we need to give something back and do something to make them smile. They’ve had to go through so much, so we really just want to give them the best Christmas possible.”

Both men are ill themselves, Brian suffering with heart problems and Ronald with Crohn’s Disease and cirrhosis of the liver. Despite this, the pair are working hard to raise as much money as possible for the trio, whom they only recently met.

They have already raised hundreds of pounds by auctioning off donated items, including signed Millwall merchandise, and by selling beautiful home-made mirrors and suncatchers created by Ronald, 51. The final total will be split up amongst the families and will go towards Christmas treats for the brave children.

Cavell and his mum Jade

Nicholas Neavin, Cavell’s dad, said: “When Cavell came out of hospital they made him a mirror that said ‘I kicked cancer’s butt.’ They aren’t family members or anything, they just heard about Cavell and wanted to help. They’re just very nice people.” Keeley Fowler, Cidney’s daughter, said that, despite her many health problems, her daughter was “just a normal four-year-old girl.”

She said: “She’s mouthy, she’s cheeky and she’s always got a smile on her face. She goes to Moorsfield for her eye appointments and the Sunshine House where she does physiotherapy, occupational therapy and hydrotherapy. She doesn’t complain though.”

Harvey Brown’s mum Vikki said that the pair, who wil raffle off the remainder of the donated goods on December 4, were “superstars.” If you have anything you can donate for the fundraising drive, or would like to donate yourself, please email joey@www.newsatden.co.uk

Dear Brian and Ronald, when I read what you had done for Cavell and the other children it made me cry, with appreciation . It’s so touching and thoughtful of you both. It is comforting to know that there are kind people in our community. Best wishes. Ms Tee, Cavell’a Aunt. X X