The River Hill federation has launched a fundraiser to give children face masks to combat pollution, while Goose Green primary school has unveiled air purification units 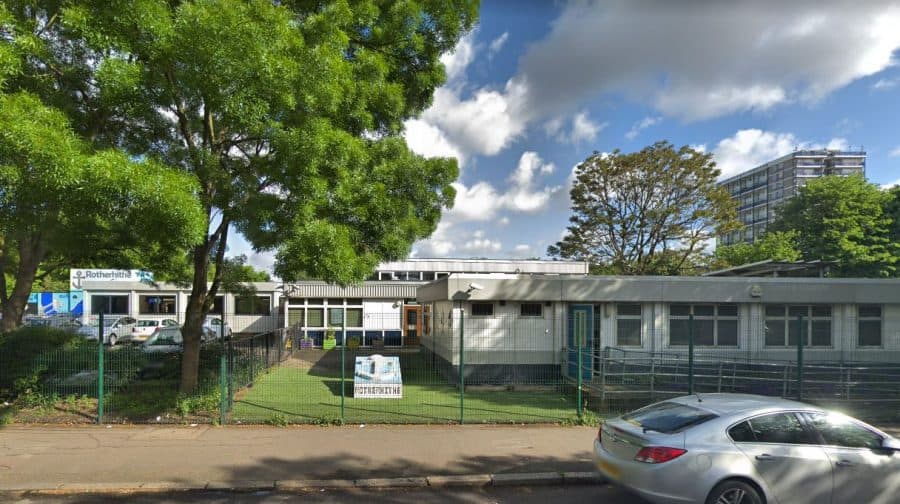 Rotherhithe primary school is one of those in the River Hill federation which has launched a fundraiser for anti-pollution masks, while Goose Green Primary has unveiled air purification units

A Southwark primary school federation has launched a green crowd-funder which would give children face masks to protect them from harmful pollution on the way to school.

Part of the money from the fundraiser, called Clean up River Hill, would be for “all children to have a mask to wear to school to protect from pollution” according to its fundraising page.

Among the other fundraising goals are measures to educate pupils on sustainability and recycling; to grow a green-screen in the schools’ playgrounds; and to install plastic recycling facilities at the schools.

Doug Kennell Hill parent Anna Randle said: “The federation has decided to develop its sustainability agenda, which I think is to be applauded, and will be supported by most parents.

“While I think any efforts to respond to air quality are positive, this does seem incredibly depressing – the idea that small kids need to wear masks to protect them in their normal environment, and that parents need to support this financially.

“Myself and some other parents believe that instead London schools and parents should be putting pressure on government, the mayor and local councils to improve air quality, as this is actually the problem.”

The News could not reach anyone at the Federation for comment before publication.

The fundraising page asks parents to back the project because it would “improve the local environment and make children’s journeys to school and their time in school healthier and safer.”

The move comes as other primary schools in the borough take steps to address air quality in-and-around their school.

The units act on indoor pollutants as well as emissions that drift in from the busy road outside. He said: “We have helped to provide green ivy screens, facilitated road closures at drop off and pick up times and helped schools with travel plans, which encourage cycling, walking and scootering.

“We also welcome all of the schools in the borough to come together, share ideas and hear from leading experts, at our Southwark Schools Air Quality Network meetings.”

He said: “That is why we are also engaging with the council to discuss School Streets and helping parents and children choose active travel as well as implementing measures such as the green screen and classroom air protection units.”