The day was attended by Ray, a Chelsea Pensioner, as well as the Mayor of Southwark Kath Whittam 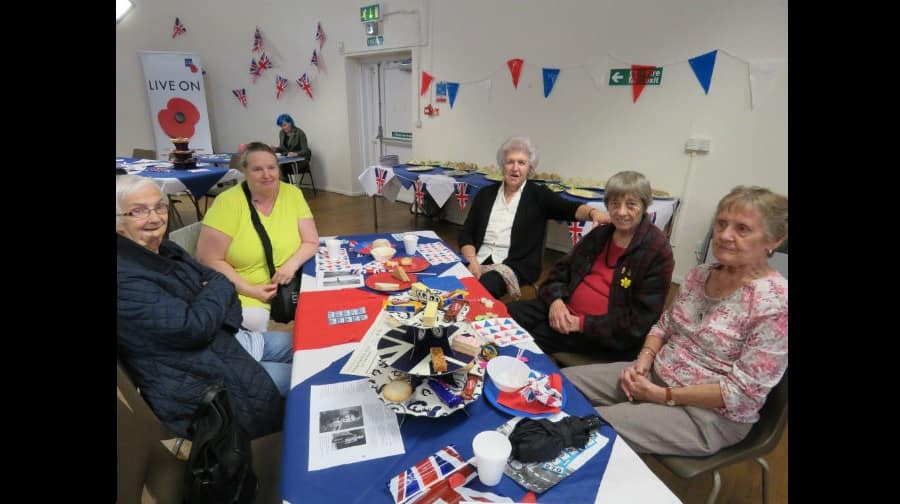 Rotherhithe pensioners shared memories of life during the Second World War last weekend at an event on the Silverlock Estate.

Over tea, cake, coffee and a cabaret, people shared their stories of what it was like in London during the Blitz and how everyone supported each other inside bomb shelters.

The day was attended by Ray, a Chelsea Pensioner, as well as the Mayor of Southwark Kath Whittam.

Christina Wheatley, an organiser, said: “These memories are not going to be around for ever so we need to capture them.”

£116 was raised for the Royal Hospital Chelsea and one lucky member of the community was invited to lunch at the Hospital by Ray to share more memories.

One attendee, Kathleen Mackenzie, 83, recalled how she used to sleep in an Anderson shelter in the Isle of Dogs and how people used to share jokes and play the piano as bombs fell on the city.

“We used to get up in the morning and walk around to see what was bombed. It was always surprising,” she said. “My school, St Edmunds, was never bombed and it was the only one that stayed open during the war.

“At school when you had the air raid sirens go off you went to the shelter on the ground floor. The teacher used to play the piano and entertain everyone.

“In the shelters people used to play pianos, tell jokes and entertain one another. It was sad during the war but at the end of the day you can look back on my war years and say they were some of the best. Except when you knew someone who had died.

“I moved to Southwark in 1953 when I met my husband, George. We met through my brother. He was out in Egypt with my husband and they became friends.”

Rotherhithe remembers an excellent event. Thanks to Christina and Julie(s) for all their hard work in putting it on.