'He was an extraordinarily nice person' 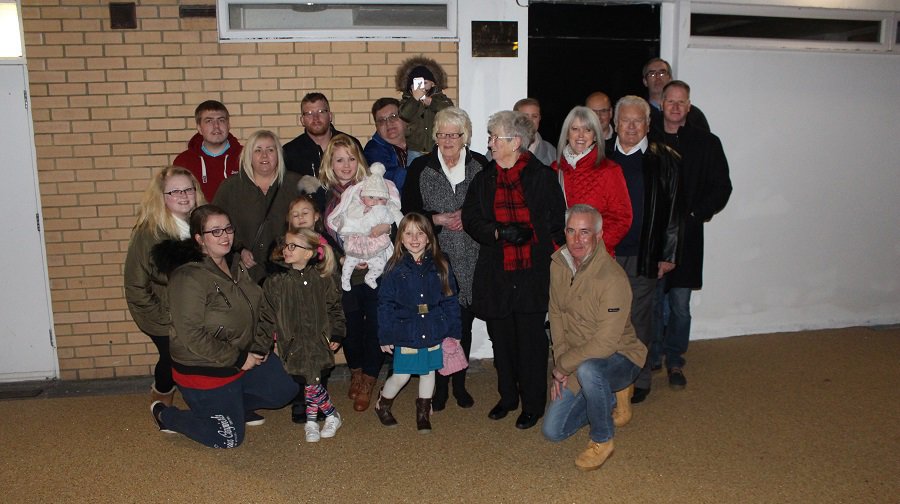 A plaque has been unveiled in memory of a resident on the estate where his family lived for more than a century.

Ted Foreman became the last of his relatives to leave Rotherhithe Estate, in Plough Way, when he sadly died from cancer at the age of 78 on January 14 this year.

Generations of the former car salesman’s family had lived on the estate since it first opened in 1915.

To honour his memory, a plaque was unveiled outside the estate’s revamped community centre last Thursday, December 14.

Mr Foreman’s cousins, Maureen Doran and Yvonne Quirk, who also grew up on the estate but later moved away, returned to witness the unveiling alongside other family members.

Speaking to the News, Mrs Doran said the estate had changed “ever such a lot”.

“My grandparents came here when it first opened with their two children – which was my mum and Ted’s mum – and they grew up here on the estate then they got married and had us,” said the 79-year-old.

“We used to have people come round dancing in the street to earn money because after the war ended people didn’t have any and we had gypsies selling flowers and if someone died during the war we used to have a telegram and all the children would run out to see who had died.

“We used to scrub the communal stairs and if you were too old to do it the children would do it for sixpence.”

Mrs Doran, who met her husband while working in Peek Frean biscuit factory in Bermondsey, recalled playing in the debris caused by bomb raids during WWII.

“I can remember from about the age of four spending the nights in the basement as an air raid shelter with loads of other people sleeping on bunk beds and my sister sleeping in the laundry basket,” she said.

Mrs Doran added that the unveiling of the plaque in her cousin’s name was “overwhelming”.

“Ted wouldn’t believe it,” she said. “He was a very, very quiet person and didn’t expect anything from anyone. He was an extraordinarily nice person.”

The estate’s renovated community centre was also officially unveiled at the event by Matt Parsonage, head of communities at Clarion Futures.

“It was an underused housing office but now it’s been kitted out for training purposes,” he said.

“The main hall is a key space but also used as a nursery and there are two big training rooms plus another room for things like construction training.

“The front and back of the centre were really neglected and we thought there was no point in refurbishing the centre and not doing the public realm.”