Internet speeds in the Rotherhithe peninsula are some of the worst in London, and residents are launching a campaign to speed things up. 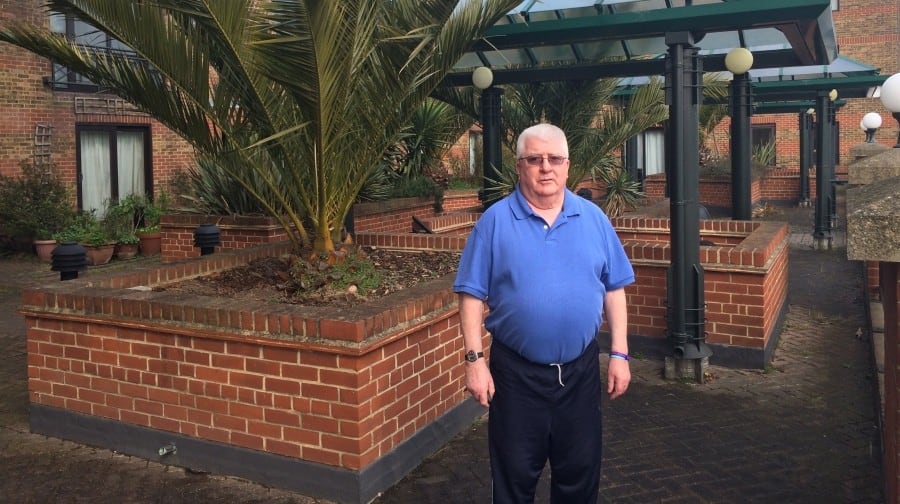 Stuart Hall is a resident at Russell Place, the fifth-worst road in London for internet speeds.

Never mind the ‘cyber highway’, Rotherhithe is stuck in the cyber slow-lane, after a new study confirmed that it was home to some of the slowest broadband speeds in the capital.

Comparison website uSwitch revealed that there are only four roads in London with a worse internet connection than Russell Place by Greenland Dock – and things are not much better in other parts of the peninsula.

As the News reported last June, there is a better broadband connection on the moon than in Rotherhithe – but residents say that anyone who thinks that is acceptable must really be on another planet.

Stuart Hall, a resident at Russell Place, said: “It is crap – pure and simply. It’s just terrible, and impossible to do anything. I don’t download movies but if I did it would probably take a week. This is such a lovely place except for the internet. Something needs to be done.”

Rotherhithe Broadband Group, an internet pressure group, has launched a two-pronged campaign to bring better broadband speeds to the area.

One tactic is to pressure the big internet providers to invest in the area’s connection issues, while the second is to develop an organic, home-grown “community internet” system. This would see local people pay for the installation of broadband cables and the provision of services themselves.

Group member and self-described “techie” Damian Belson said: “If we are going to pay for better broadband, then why can’t we get some of the profit to go back into the community? I know of two businesses that have left the area due to the problem, and I’m sure there are many more. We should be encouraging local business but this is driving them away.”

Simon Hughes, MP for Bermondsey and Old Southwark, said: “Rotherhithe’s broadband speeds are just not acceptable. The best solution is to find a provider willing to come to the area and offer a proper modern broadband service.

“And the best way of achieving what we want is for the community and its political leaders to keep on making their anger and frustration clear.  The louder the shouts for a better service the easier it will be to persuade providers to step in. I would encourage as many people as possible to contact large broadband companies such as Virgin Media.”

This last comment from MP Simon Hughes is totally disconnected from reality. The Rotherhithe Broadband Group has been campaigning for over a year to get BP, Hyperoptic and others to lay broadband in Rotherhithe. They all refuse, because the area doesn’t have the right infrastructure they say it’s not worth their investment. People, the internet is effectively a PUBLIC UTILITY. You can’t reasonably live or do business without it. So, it is a city-planning error that private developers were allowed to build in Rotherhithe without laying the proper infrastructure for public utilities. The city would never have allowed this area to be built without the proper water and sewage. But that’s effectively what they did with telecommunications. So, it is the city’s responsibility to fix the problem. We need an MP who is wiling to pressure the city to make a difference. Val Shawcross has done a great job making noise about this problem, but Simon Hughes has done absolutely NOTHING. We need an MP who will act. I’m supporting Neil Coyle, and hope you will too if you expect this problem to be solved anytime soon.