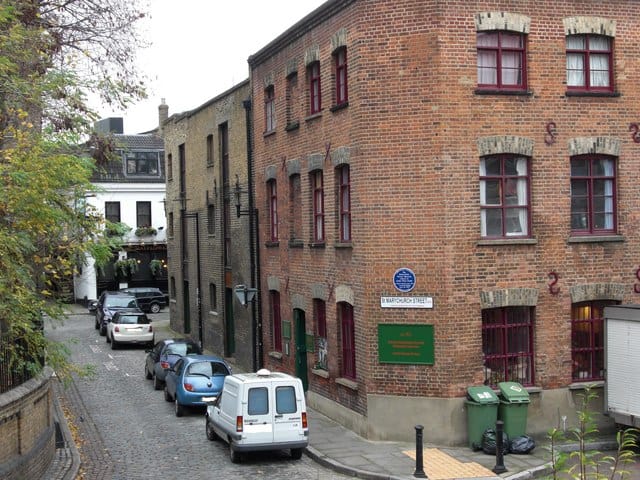 Sands Films Studio, a production company based in Rotherhithe, will host the series of events to mark the centenary of the Armistice (Image: Chris Lordan)

A Rotherhithe film studio is to host a two-week long series of events to mark the centenary of the 1918 Armistice.

Among the roster of events are a talk with acclaimed journalist Robert Fisk about the Armistice on Remembrance Sunday, a discussion of failing international law by academic Mary Kaldor, and a dissection of the modern-day arms trade by researchers Andrew Feinstein and Paul Holden.

As part of the series, a new adaptation of Jaroslav Hašek’s classic anti-war satire ‘The Good Soldier Schwejk’ will be aired, which aims to highlight the absurdity of war.

The 1923 novel is considered to have been the first anti-war novel, and later provided inspiration for Remarque’s All Quiet on the Western Front and Heller’s Catch-22.

The adaptation was partly funded by auctioning off the actor Mark Rylance’s costume in the BBC adaptation of Wolf Hall.

Plays themed around the conscientious objector will also be shown at the non-profit series of screenings, alongside anti-war films made between the two world wars.

Armistice Day is on 11th November and marks the day that fighting formally came to an end between the Allies and Germany.

Booking is now open, and the full calendar of events can be found here.