Damon Smith, 20, was found guilty after a jury rejected his claims that the ball-bearing device was designed to be a smoke bomb prank 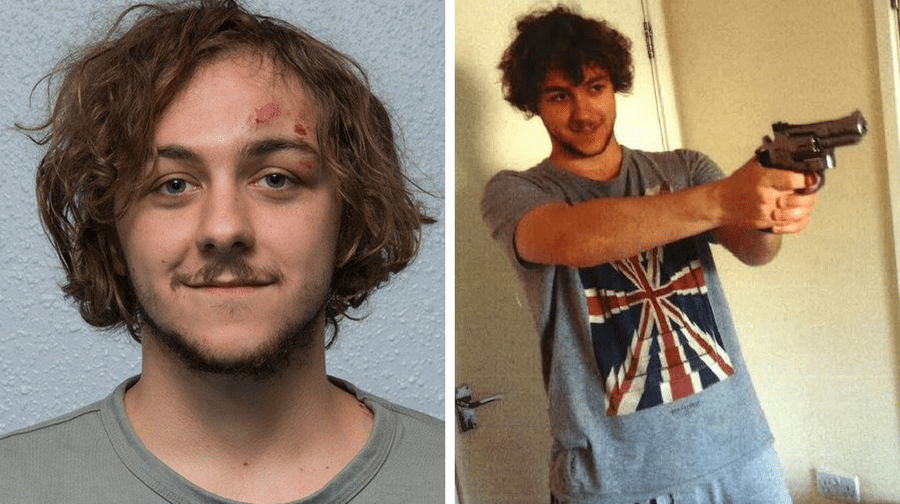 A student living in Bermondsey has been found guilty of building a bomb and leaving it on a Tube train.

Damon Joseph Smith, 20, of Abbeyfield Road, Bermondsey, was today, Wednesday, found guilty of making or possessing an explosive substance with intent to endanger life by a jury at the Old Bailey.

The autistic student, who originally lived in Newton Abbot, Devon, but moved to Bermondsey with his mother in May last year, claimed he had only intended it to give off smoke and scare people.

There were at least ten passengers in the carriage. Only nineteen minutes had passed since he first entered Surrey Quays.

Commander Dean Haydon, the head of the Met’s Counter Terrorism Command, said: “Throughout this investigation and subsequent trial, Smith claimed that his actions were meant as a harmless prank and that the object was nothing more than a smoke bomb.

“It is hard to believe that leaving what has been described as an improvised explosive device on a tube train, on a weekday morning, can be construed as anything but an attempt to endanger life. It is fortunate that the device failed to work and that no one was injured.

“At a time when the threat level remains at severe, I find it unlikely that anyone would consider his defence as an appropriate excuse for his actions.

“The jury rightly disagreed with him and I expect that Smith will now face a significant prison sentence.”

Assistant Chief Constable Alun Thomas, head of the British Transport Police’s Specialist Operations, said: “Smith’s unattended bag was spotted by a passenger who brought it to the attention of staff, who in turn contacted police.

“This highlights the importance of being vigilant when travelling on the railway network, and reporting anything suspicious.

“British Transport Police, along with our partners at the Metropolitan Police and City of London Police, regularly train and prepare for incidents such as this and were able to respond swiftly with their specialist skills.

“It is very fortunate that in this incident the device failed to work, was safely contained, and no one was injured.

“We are pleased that the jury returned a guilty verdict and hope the sentence will demonstrate that actions like Smith’s have very serious consequences and are never ‘a harmless prank’.”

Members of the public are encouraged to remain vigilant and report any suspicious activity to the police by calling the confidential anti-terrorist hotline on 0800 789 321. In an emergency dial 999.