They will commemorate the 250th anniversary of Sir Marc Brunel's birthday 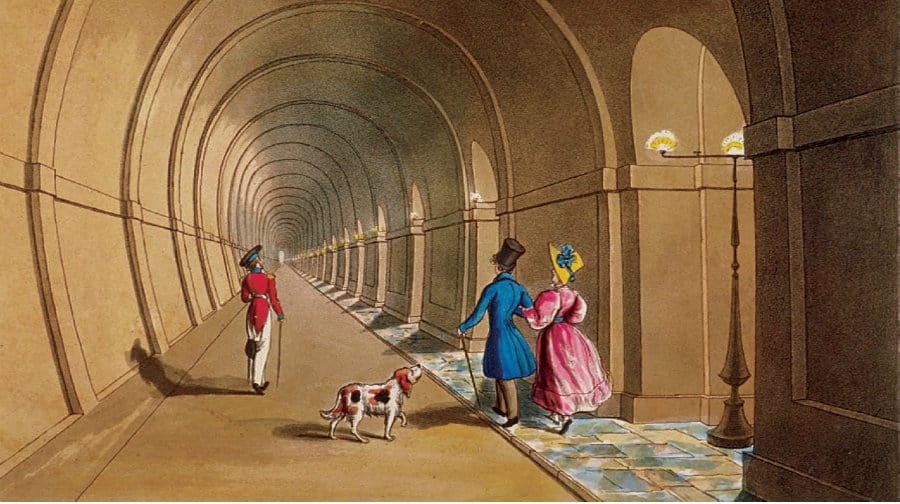 The Thames tunnel, which was a feat of Victorian engineering when it first opened in 1843

A series of history talks will be held to commemorate the 250th birthday of Marc Brunel who built the world’s first under-water navigable tunnel between Rotherhithe and Wapping.

The talks, co-organised by the Rotherhithe and Bermondsey Local History Society and the Brunel Museum, will take place within the actual shaft of the Thames tunnel.

The first, on April 24, the eve of Sir Marc’s birthday, will be led by Robert Hulse of the Brunel Museum and will be about the tunnel itself.

The second, on May 29, will be about the history of London’s ‘super sewers’, from historic tunnel projects to the current Tideway construction.

“Thousands of people go through the tunnel on the London overground every day”, said Michael Daniels, who is president of the society.

“But they don’t know they’re travelling under such a historic tunnel.

“It’s an important anniversary for Rotherhithe and for British engineering.”

The passage-way is still in use today, forming part of the London Overground network.

The full details of the talks are:

The society has asked for suggested donations of £3.