'This video is a madness. Really rode a jet ski through London,' she said 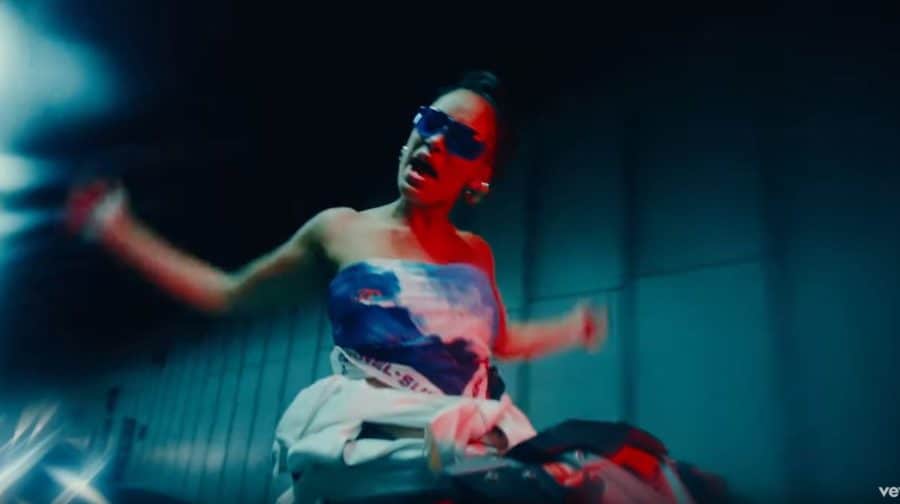 Jorja Smith can be seeing ridiing through the busy Rotherhithe Tunnel on a jet ski for her latest track (Image: YouTube / Vevo)

A singer-songwriter has ridden through the Rotherhithe Tunnel on a jet ski for her latest music video.

Jorja Smith’s latest track, ‘Be Honest’, sees the singer taking a novel approach to beating traffic in the busy tunnel by riding a jet-ski.

Brit-award winner Smith – best known for 2018’s ‘Lost & Found’ – can also be seen in other Southwark areas in the music vid for the upbeat track, released yesterday.

The trending video has nearly a million views in just a day.

“Be Honest’ ft. Burna Boy video out now. This video is a madness. Really rode a jet ski through London. Big BIG thank u to the whole team and everyone involved,” said Smith of the vid.

Peckham’s Rye Lane Market also serves as the backdrop for much of the track’s video, while eagle-eyed Southwark locals will spot shots of Peckham Liberal Club. Locals might also recognise scenes from Rye Lane market in the vid for Be Honest, released yesterday (Image: YouTube / Vevo)

The track, with collaboration with Burna Boy, is Smith’s first material since Lost & Found, which peaked at Number 3 on the UK albums chart.