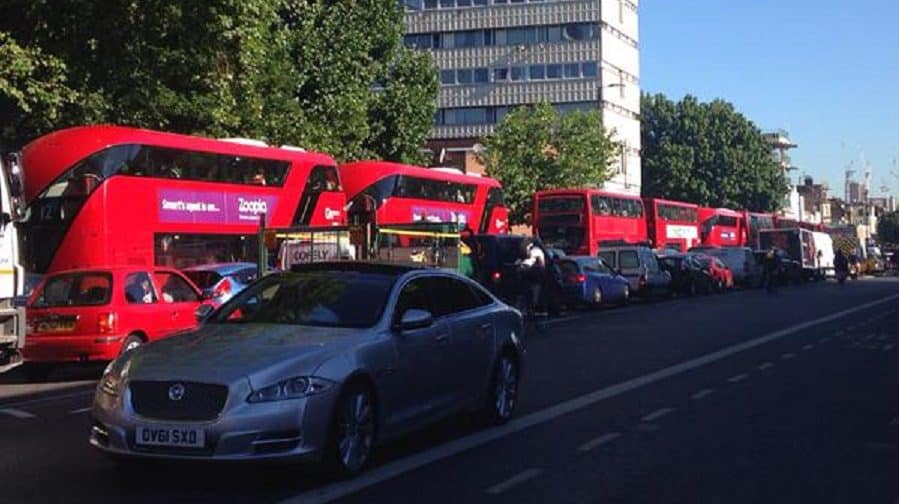 Swathes of SE1 and SE16 are struggling with slow-moving traffic this evening in connection with this morning’s oil spill at the Blackwall Tunnel in Greenwich.

Yellow alerts for traffic are being reported between The Cut at Southwark Station and Blackfriars Road going northbound.

Around the Elephant and Castle, queues are also being reported between the junction and the Brick Layers’ Arms, as well as going up London Road in both directions.

Transport for London is reporting that traffic heading east along the Old Kent Road up to New Cross, due to road diversions caused by the huge Blackwall Tunnel oil spill that caused it to close at 7am this morning.

E/bound traffic is heavy and slow moving along the A2 Old Kent Rd and in New Cross due to diverting traffic for #BlackwallTunnel fuel spill.

Angry commuters have also taken to Twitter to vent their frustration at the ongoing queues:

This traffic in elephant and castle is a mess

Anyway, the gridlock on tower bridge road creates traffic all the way up new kent road and it's absurd.