‘Something radical has got to change’ 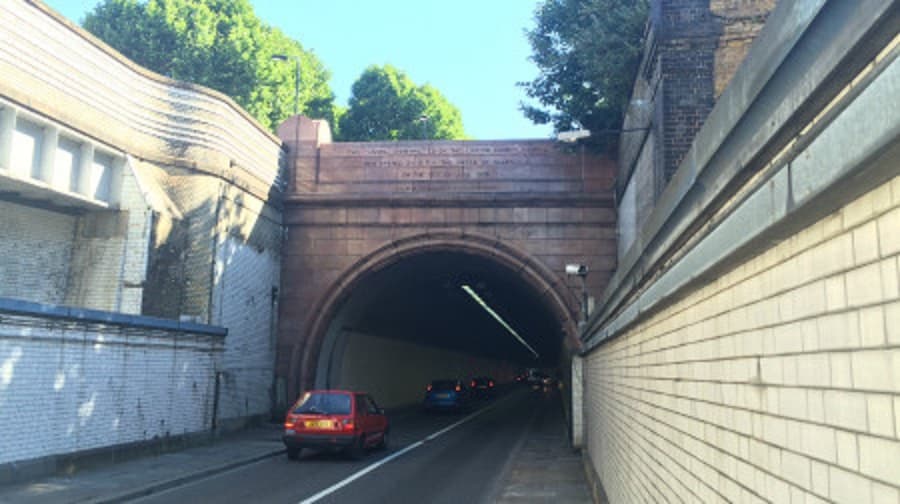 Restrictions were placed on the tunnel in 2018

Introducing a toll charge for Rotherhithe Tunnel could ease traffic congestion in the area, the council’s deputy leader has said.

Councillor Stephanie Cryan made the suggestion following the unveiling of Transport for London’s plans to build a segregated cycle lane – ‘Cycle Superhighway 4’ (CS4) – through Tooley Street and Jamaica Road.

She also suggested extending the congestion zone, but said it would not be her first option.

Cllr Cryan, who is also a Rotherhithe ward councillor, said she was not against “the principle” of CS4 but something needed to be done to address traffic congestion in the area.

“It’s a good thing to encourage cycling and to have a safe space for cycling, but the issue I have is looking at the modelling of it,” she said.

“There will be delays to buses which is unacceptable and more traffic will be standing still, which increases air pollution.

How Cycle Superhighway 4 could look along Jamaica Road

“The biggest issue is they [TfL] aren’t addressing the traffic congestion and the majority is commuter traffic.

“Maybe tolling the tunnel would be a good idea – something radical has got to change.”

Cllr Cryan said she supported the CS4 plans but “not to the detriment of local residents”.

“I think there’s a lot of discomfort about this,” she said. “What is in it for the residents?”

“I think they [TfL] really, really need to listen to the answers to this consultation.”

Cllr Cryan said she would be submitting her suggestions in response to TfL’s public consultation on the plans.

TfL revealed plans to transform the A200 to create a 2.5-mile segregated cycle link between Tower Bridge and Greenwich, running through Bermondsey, Rotherhithe and Deptford.

There will also be changes to some bus stop layouts and locations, including new bus stop bypasses for cyclists.

Plans for a section on Lower Road will be consulted on at a later date as it is not yet clear how the regeneration of Canada Water will affect the existing road network.

The CS4 consultation ends on November 19. It can be found here: www.tfl.gov.uk/cs4