The thieves tricked their way into Janet Gentleman's home by saying they had been sent to investigate a leak. 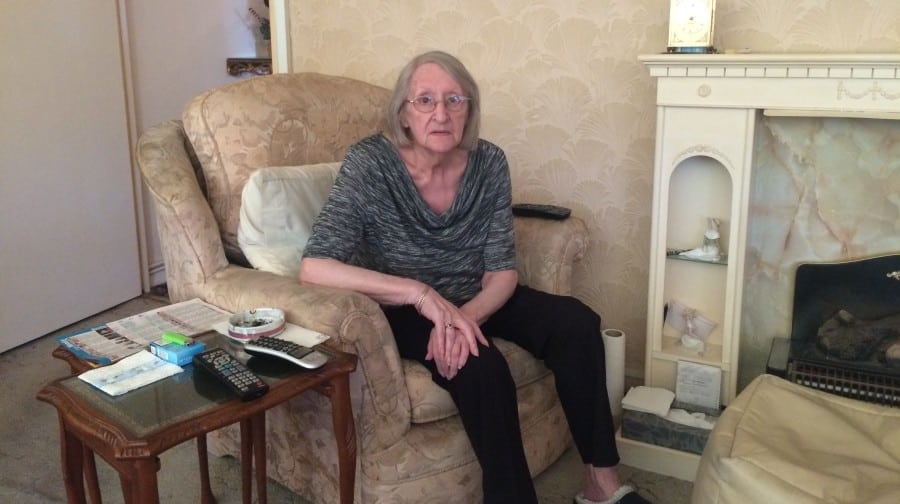 The heartless thieves also took her engagement ring and a valuable 100-year-old diamond ring that belonged to her mother.

An 81-year-old widow has been left ‘distraught’ after heartless conmen stole her wedding and engagement rings, as well as a 100-year-old diamond ring that belonged to her mother.

Janet Gentleman was robbed when the pair tricked their way into her Rotherhithe home on April 21, telling the great-grandmother that they were investigating a leak.

She told the News: “I am normally so careful, but we have had leak problems recently so I believed them. One of them was messing around under the sink and then the other must have slipped away while I was distracted and gone into my bedroom. They took every piece of jewellery I own, some of which had huge sentimental value.”

A close-up photo of some of the stolen jewellery.

Janet didn’t realise she had been swindled until the following day, when she noticed the door to her cupboard was open and all her jewellery was missing.

She has lived in Rotherhithe for 40 years and has always felt safe, but has been nervous and afraid to leave the house since the theft.

She said: “I normally feel completely safe, but now I don’t know. I won’t just open the door to anyone again unless I am expecting them. I have lived by myself since my husband died in 1997 and we have been robbed three times now, but this has been the worst. They were clearly professionals – they knew what they were doing.”

Janet is now afraid to open the door to strangers and no longer feels safe in her home.

While she is distraught at losing her priceless pieces of jewellery, she hopes that publicising the theft will stop others facing the same fate.

She said: “If we can stop this happening to someone else, at least that’s something. The police have been handing out leaflets warning about it and my step-daughter has told a lot of people, so hopefully some good will come from this.”

A police spokesperson described the suspects as ‘two white men in their early 20s’. No arrests have been made and enquiries continue. Anyone with information should call Southwark CID on 101 or Crimestoppers anonymously on 0800 555 111.”