Rotherhithe widow’s plea: I’ll give you my pension if you return stolen wedding ring

Janet Gentleman, 81, was left distraught after conmen stole a selection of sentimentally priceless jewellery from her home. 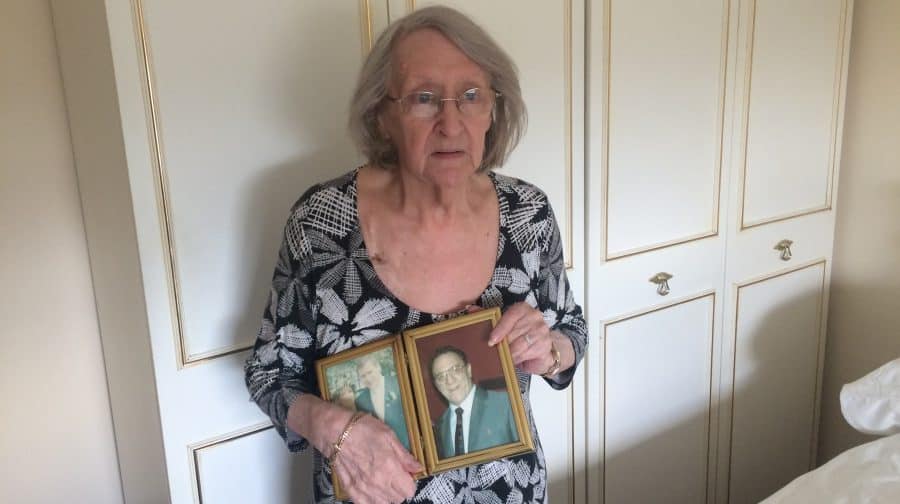 A devastated Rotherhithe widow is offering a fortnight’s worth of her pension as a reward for anyone who can help find her stolen jewellery, including her wedding and engagement ring.

Janet Gentleman, 81, is desperate to get the priceless jewellery back and will pay £500 to anyone who can return it.

As reported by the News last week, the great-grandmother was left ‘embarrassed and let down’ when conmen tricked their way into her Brydale House home by saying they were there to fix a leak problem.

The crooks distracted her and stole the rings given to her by her late husband Tom, as well as a 100-year-old ring that belonged to her late mother and some watches and necklaces.

She said: “I don’t get much from the pension, and after paying for rent and food and bills, there’s not a lot left over. But those rings were incredibly sentimental to me. It’s bad enough being robbed but they meant so much. I don’t have much but it’s all I can offer.

“The wedding and engagement rings were given to me by my husband many years ago. It was funny actually. When we were dating he was a maintenance worker and one day someone said to him ‘You know if anything happens to you, Janet won’t get anything’. He proposed and we were married soon after. Those rings were memories.”

The other stolen ring was at least 100 years old and belonged to her mother.

Can you help return the priceless jewellery to Janet?

Southwark NewsNewsRotherhithe widow’s plea: I’ll give you my pension if you return stolen wedding ring